The 2018 World Rally Championship will include one extra event in either New Zealand or Croatia, with a 16-round calendar targeted by 2022

New Zealand has been absent from the WRC schedule since 2012, but WRC Promoter chief Oliver Ciesla is keen on it returning - especially now the country has a frontrunning driver in Hyundai's Hayden Paddon.

It would most likely slot into a September gap for 2018.

Croatia is the only alternative for a 14th round and a candidate rally will be run this September, shortly before the promoter reveals its 2018 calendar to the WRC Commission for autumn ratification by the World Motor Sport Council.

"I don't need to tell you about New Zealand," said Ciesla.

"There is a big passion to go there with Hayden and even though we won't see the highest number of on-site spectators, we have these beautiful roads which we can use to make great television. I am very much in favour of this."

Adding Croatia would be contrary to WRC Promoter's policy of avoiding more rallies in Europe, but Ciesla said the planned event could go "straight into the top five" rallies for spectator attendance.

"It's true that we are not seeking more European rallies," Ciesla admitted.

"But Croatia ticks so many boxes from the infrastructure to these incredible roads which could make the cars dance.

"We could look at a mixed event with a day on gravel and two days on asphalt and we could even look at something new - some sort of a hillclimb event being included in the itinerary.

"On top of that, the event would be based in an area easily accessible to the teams and an area that has a real affinity for rally fans."

China's chances of a WRC return have faded for now.

It was scratched from the 2016 calendar at short-notice after storms damaged its roads, though there remains speculation the necessary funding was never in place.

Ciesla denied having been too hasty in signing China up.

"When you have an opportunity like that open up, you have to react quickly," he said.

"It was right strategically for us to go there and don't forget it was a message the manufacturers needed.

"The desire remains strong to go there, it has such a big car market.

"But we would need government support at the highest possible level.

"Right now, there are other rallies around that require less effort and offer bigger wins." 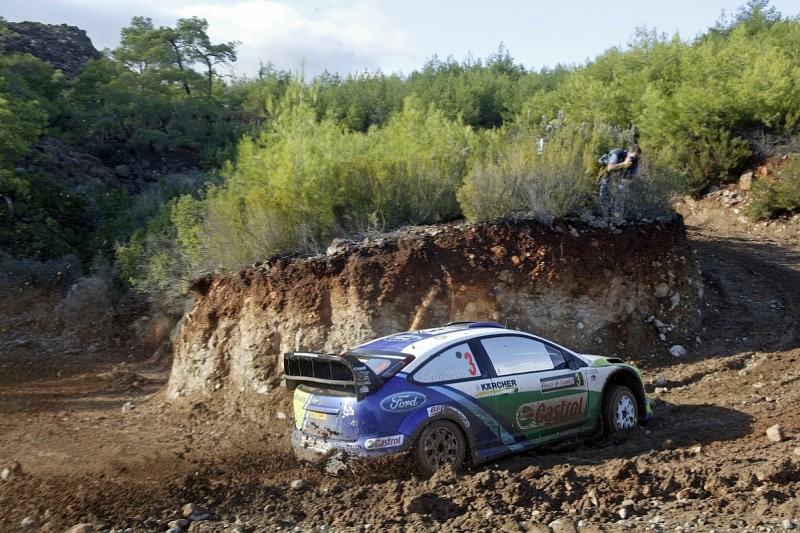 Ciesla also confirmed Turkey remained very much on the WRC radar, but would not feature before 2019.

He added that "the mathematics makes sense" for the WRC to return to a 16-round schedule soon.

"But we have to work with the other stakeholders as this will mean an increase in costs and we have to make sure it offers the additional benefit."