Rally Monza organisers have confirmed a revised route that will see an equal split of closed road and circuit stages for next month’s World Rally Championship finale.

The Italian event has stepped in for the second consecutive year as host of the championship’s final round after the effects of the COVID-19 pandemic forced organisers to cancel the proposed season ending Rally Japan (11-14 November).

After Monza successfully hosted last year’s season decider, where Toyota’s Sebastien Ogier defeated Elfyn Evans to claim a seventh title, the pair could once again do battle for this year’s drivers’ title in Italy depending on the outcome of this weekend’s Rally Spain.

However, the Monza event, scheduled for 19-21 November, will have a slightly different guise for this year having previously been predominately based around stages constructed in the confines of the Formula 1 Italian Grand Prix venue.

It has been confirmed the rally will be contested over 16 stages (254.46km) with the famous circuit still centre stage. It will however host fewer stages, eight instead of the 10 tests compared to last year. Only six stages were held on the closed mountain roads in the Bergamo province in 2020, with that now increased to eight for 2021. 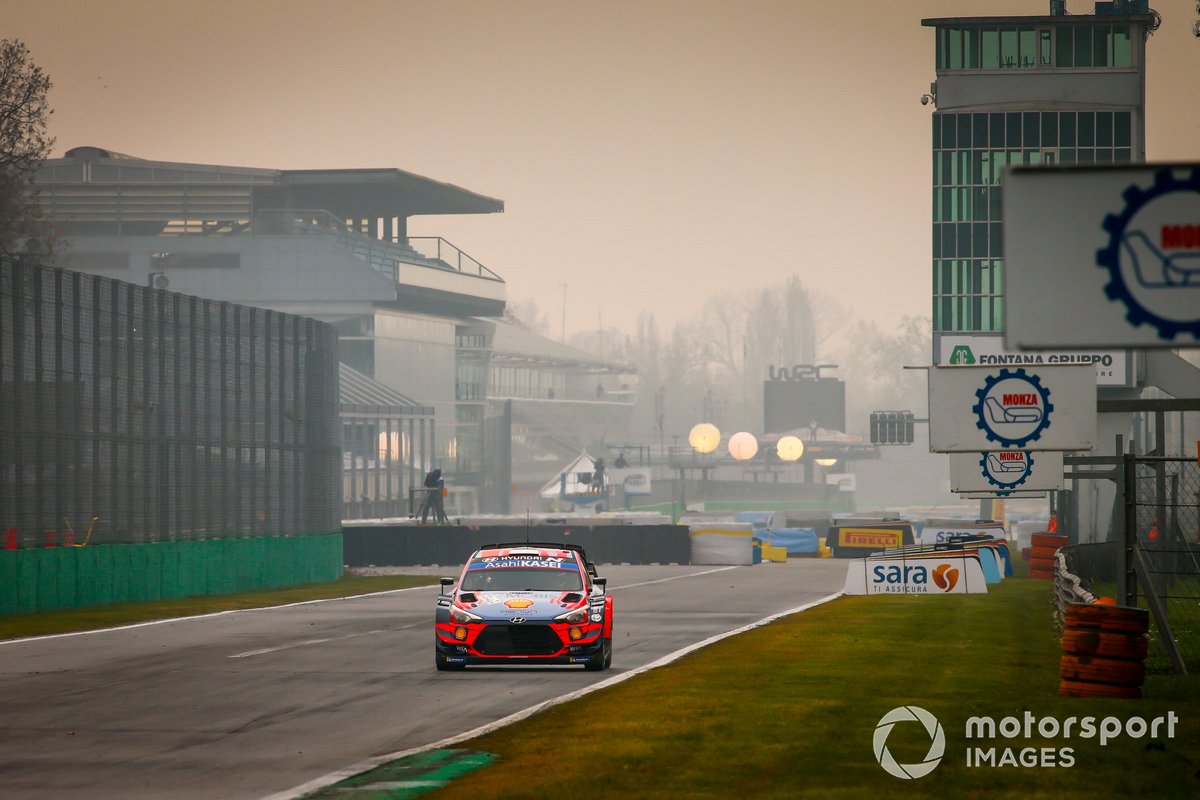 Stages on mountain roads will begin the rally on Friday morning after a shakedown held at the Monza track on Thursday. The field will return to the race track in the afternoon for three more stages using different sections of the venue.

Saturday will follow a similar pattern as crews tackle mountain roads before two blasts around Monza, the last, late into the evening. The final day of the rally will be solely held in the grounds of the F1 venue.

PLUS: Analysing the key moves in WRC’s 2022 silly season

In addition to hosting the closing round of the 2021 season it will be the final round for the current generation of WRC cars as the sport moves to new hybrid Rally1 regulations next year.

This weekend the WRC heads to the tarmac of Rally Spain for the penultimate round of the season. Ogier only needs to outscore team-mate Evans by six points to secure an eighth world title.