The two-litre-engined Golf went through a systems check at MIRA last week and began testing in earnest in Wales on Tuesday.

It will not be eligible for the World Rally Championship and Prodrive says it has been built for a bespoke market.

The Golf, which was driven at the test by Terry Kaby, will compete for the first time next month.

Prodrive Motorsport managing director John Gaw said: "This is a very exciting project for us. It's something we've been working on for around six months.

"The transmission and suspension are all in-keeping with current FIA regulations.

"Outwardly, it looks exactly like any of the cars competing in the WRC today."

Volkswagen Motorsport knows about the project, but has not played any part in the development and build of the car - all of which has been completed at Prodrive's Banbury factory.

"We ran the car at MIRA last week without any problems and we're at the start of a gravel test programme in Wales," Gaw added.

"It's great to see the car up and running in such a short timeframe. The team here at Prodrive have done an excellent job."

While the Golf is a rally car in its current specification, Gaw said a rallycross version could be a possibility.

"That's definitely possible," he said. "And it would only take a few modifications to do that."

Prodrive has experience of converting rally cars for rallycross, the Mini John Cooper Works being the last example. 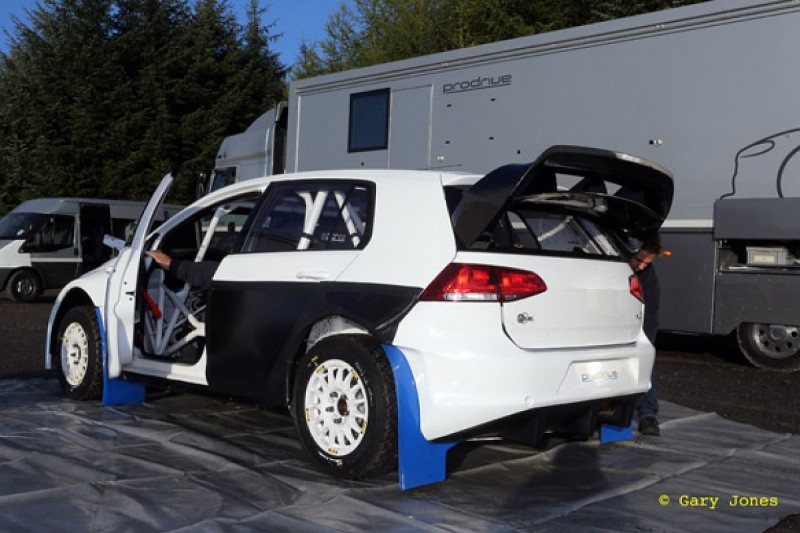 WRC Rally of France: Latvala closes on Ogier with victory

WRC France was lost without Loeb