The pair's M-Sport Ford Fiesta WRC went off the road near the end of the Jukojarvi and hit a tree on Ingrassia's side.

Both men were taken to hospital for a check-up and were given the all-clear from medics, though Ogier said Ingrassia remains "a bit dizzy".

While the car will be prepared and ready for Saturday's eight stages, it is undecided whether Ogier and Ingrassia will compete.

"Julien got a bit shaken in the crash. We have done all the [hospital] tests and we are OK - there is nothing to come out of the tests at hospital.

"But still, at the moment, he is not feeling super-good, so I want to wait and give him the chance to decide.

"Side impacts are never good and it's on his side so maybe it's a bit worse for him."

Ogier still has a shot at taking five points from Sunday's powerstage if he rejoins.

M-Sport could retire the car from Saturday's leg as well to give Ingrassia more time and then rejoin on Sunday, but the rules require Ogier and Ingrassia taking the car out of parc ferme at 7.20am local time on Saturday morning to officially retire it again. 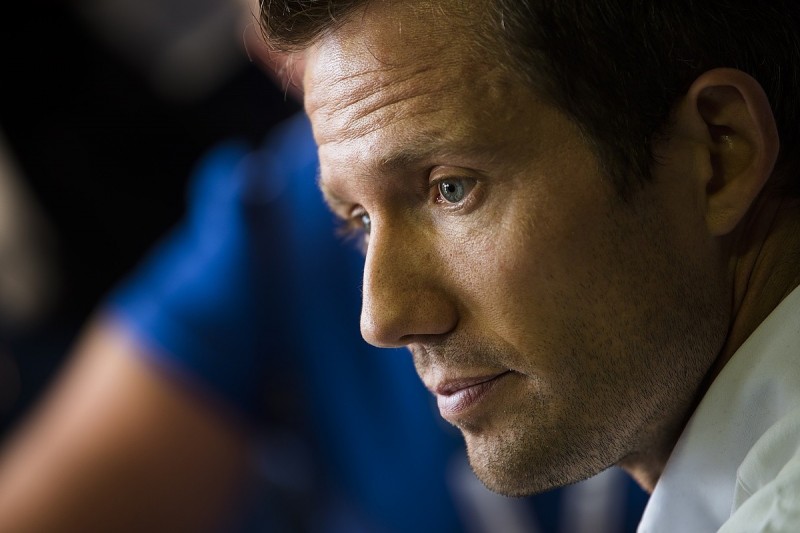 Ogier said the crash was the consequence of the car's suspension breaking on a jump earlier on the stage.

"The landing was a bit heavy and then I had no damping on the rear," he explained.

"At the end of the stage, I was a bit disturbed and the rear of the car didn't behave normally.

"The corner where I crashed, I braked slightly too late, we checked the data and it was not so much [later] compared to the others.

"The combination of [that and] the broken damper meant I lost the rear and I had a good impact sideways in the tree."

Ogier's crash left his championship rival Thierry Neuville running first on the road, but he is currently only eighth.

"We were clearly faster than him this weekend, that's for sure," said Ogier of Neuville's pace.

"It's a shame we missed an opportunity to score good points.

"In some ways I am happy: now he realises what is first on the road. There are not so many people who have seen that.

"For years I have done this job and people like him, who have never done [it] often say: 'Ah, it's not so much, Ogier's complaining too much.'

"But now I see what he does when it's tough and it's nothing really impressive."