Rally Monza became a late replacement event on the COVID-19-hit 2020 WRC calendar, after 10 events in total were cancelled this season either due to the global health pandemic, while political unrest forced Rally Chile to be called off even before the start of the season.

The closing round of the 2020 season was largely based within the confines of the famous circuit but did venture into the mountains for a full day on the Saturday.

Ogier, who clinched victory at Rally Monza and with it his seventh WRC crown after Toyota team-mate Elfyn Evans slide out of contention, said in the lead up to Rally Monza that rounds of this nature was "good news" for both teams and followers of the WRC - a view he reiterated after the even having sealed the world drivers' title.

"It cannot become the norm for a rally," Ogier said.

"Of course, we need to have 'real' rallies, [maybe] that is not the right word, but like standard rallies as we are used to doing.

"But sometimes, a rally show kind of event, I think, is good and also from a sporting point of view. I think it is worth it to make a competition with the conditions we've had at Monza.

"It is hard to say that because I won the rally but I think the winner of this kind of event deserves it because it wasn't an easy challenge.

"I think, at some point, we also thought, 'will it be enough, will it be challenging enough to really make a world rally event'? 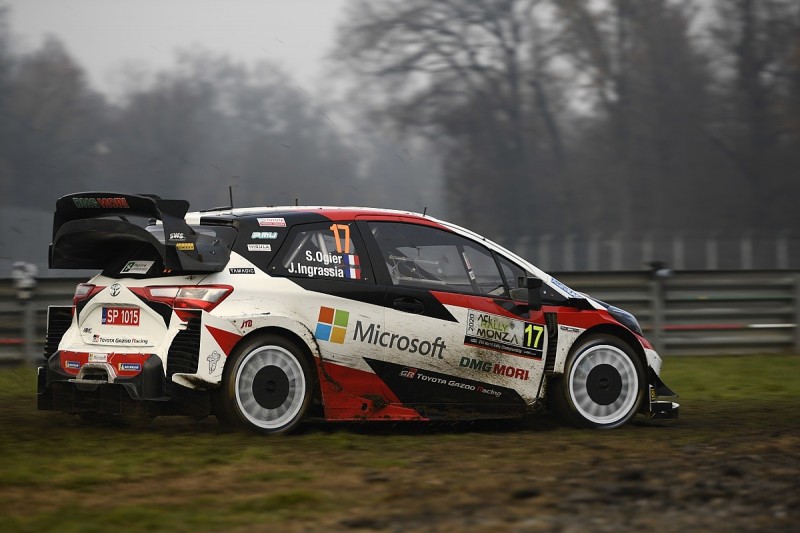 "We have to really congratulate the organiser, the people who made the event happen - and gave us the chance to compete - because it has been very challenging, for sure.

"This mixture of having the 'show', plus these really beautiful stages in the mountain, make a good challenge for us. It is worth it as a world championship event.

"So why not maybe come back in the future, having had more time to prepare, to make it even better for a second pass?"

"I think we all agree that a world championship done like this maybe no," said the Italian, whose team successfully defended its WRC manufacturers' crown.

"But to have some events like this, where you have a structure like this, I think it would be deserved."