Rally Croatia winner Sebastien Ogier believed that “his rally was over” after the seven-time World Rally champion was involved in a road traffic accident on the final morning.

Video footage of the incident shows the co-driver’s side of Ogier’s Toyota Yaris being hit by another car as he changed lanes on a section of dual carriageway.

No one was seriously injured in the incident, although Ogier revealed in the post-event press conference that he had to contend with back pain for the final four stages of the Tarmac event.

“The impact was psychological, honestly – it was quite a shock in the morning when it happened,” he said.

“I am bit hurt in my back; it was quite a big impact.

"First of all, I was glad to see that that no one is injured and that the person with who we had the accident was also safe and it was just car damage, but, honestly, in the moment, I thought my rally was over.

“Luckily, the impact was straight on - maybe on one of the strongest points of the car where the damage was just cosmetic.

"Behind it, the wheel was straight, the roll cage was untouched and even the door foam protection was still in it, so the safety was still there.

“There was only some liquid [getting into the cabin] and Julien had to wear goggles like you’ve seen because he was getting a lot of dust in his eye, but yeah, it’s been a hell of a ride for us today – a rollercoaster. 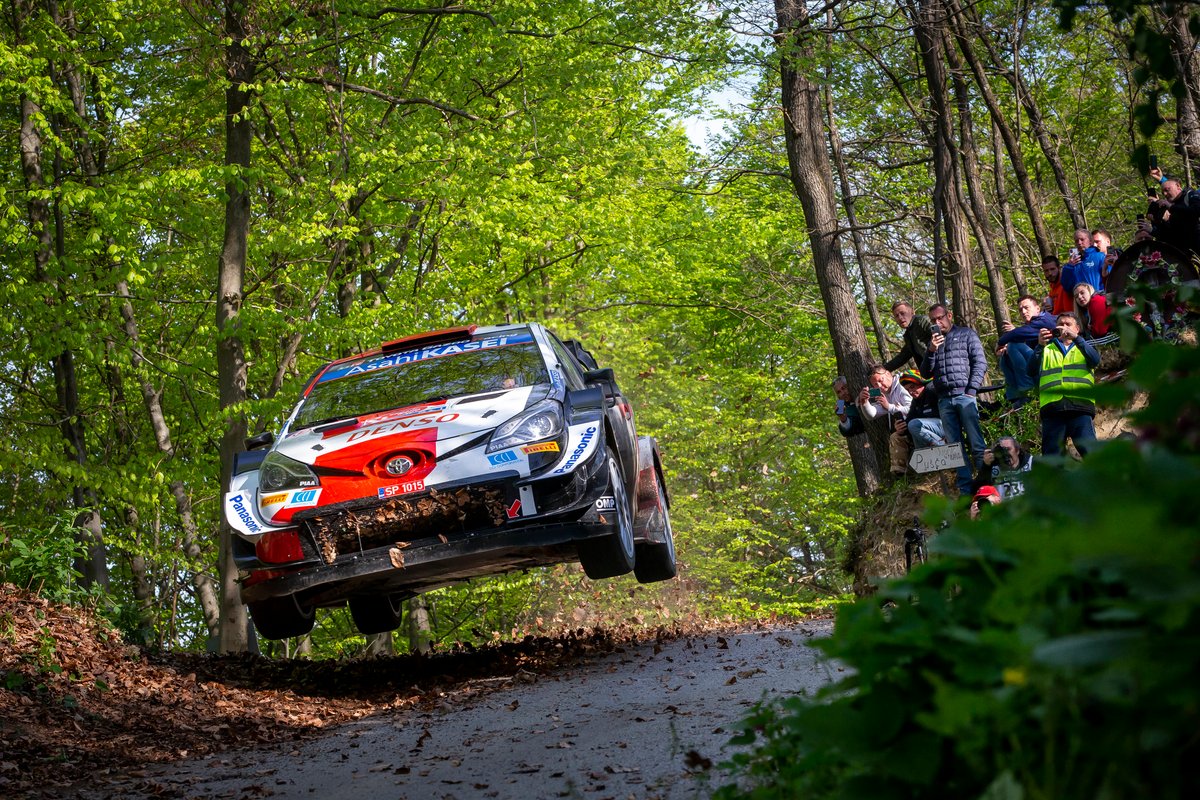 “Like I say: I am very happy that no one was hurt this morning but then, of course, there was a bit of confusion in the moment because we discuss for a while the whole situation and give data to the police but the biggest issue, I would say, is that the policemen were not speaking any English!

“So, it was not that easy and at one point one of them said, ‘you can go’, and then yeah, maybe the other colleague was not so sure. We are going to clarify that [what happened] one more time.

“I’m definitely not someone who runs away after the incident.

"I checked first of all that all was OK, we gave up driving licence – everything – and yeah, we can be glad today that it is only car damage and we will solve what needs to be solved tonight.”

Ogier, however, received two FIA fines and a suspended ban for the incident.

According to the team's submission to the stewards, Ogier and co-driver Julien Ingrassia realised that there was a problem with their Toyota Yaris WRC while driving on the dual carriageway and were attempting to pull into a bus stop when they were struck by a BMW that was attempting to undertake them.

Ogier swapped details with the BMW driver and, with clearance from the rally organisers and a team member at the scene, he believed that they were was free to continue but a traffic police patrol intervened.

Ogier was filmed pushing the police officers out of the way and driving off contrary to their wishes, for which he was fined €5,000 and given a suspended one-event ban.

In addition to this indiscretion, Ogier was also adjudged to have jumped a red traffic light, for which he was fined €2,000.