Ogier ran first on the road in his Toyota Yaris WRC and lost the time on the winter meeting's longest special stage.

On the first pass through the 30Km Sarriojarvi test, the Frenchman struggled for grip as he cut a line through a blanket of soft snow before conditions deteriorated second time around due the presence of gravel.

Temperatures were also unseasonably mild for the opening leg, with these rising to -2 degrees Celsius.

"It's not the ideal start - we would have hoped to have been closer tonight but it was hard to make a difference.

"With colder temperatures it would probably have been better but unfortunately it turned out to be the first positive temperature day of the year - it didn't happen at the right moment for us."

Despite Ogier having a more favourable road position for tomorrow, the 37-year-old is not convinced that he is going to make up too much ground. 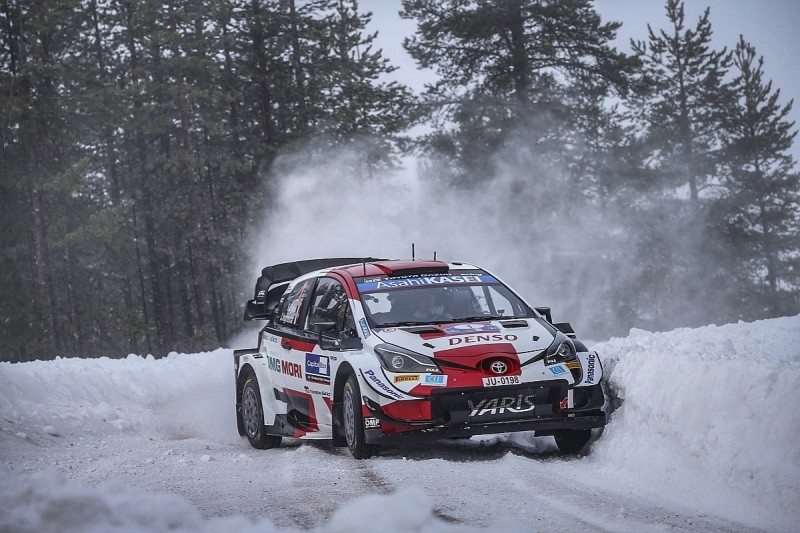 "Yes, positions are reversed, but when you're at the back of the [WRC] field it won't be much better for me tomorrow but for sure we have to give it a try and see what's possible," he pointed out.

Prior to the second round of the World Rally Championship, Ogier revealed to Autosport he has long since given up hope of targeting a set number of wins during a season - or going unbeaten entirely.

A qualifying stage was last seen in the series as far back as 2013, with the fastest drivers getting first pick of road position.

Under the current rules, the Championship's points leader must open the road.

"It was my target in the year 2013 where we had the qualification system to start the event and then you could have had a chance to win every rally, but with the rules that we have now it is absolutely impossible to win every event," said Ogier.

"As the leader you always open the road on rallies which is a disadvantage.

"With a competitive championship like the one we have now it's clearly impossible to win every rally, but never mind - I will always give my best to try and win as many races as possible."