Loeb, who won 78 WRC rounds in a 13-year career with Citroen, will drive Citroen's 2017 World Rally Car for one day on asphalt in a private test.

The establishment of PSA Motorsport - encompassing the three brands Peugeot, Citroen and DS within the group - has allowed the now Peugeot-contracted Loeb to drive the C3.

"With the creation of the PSA Motorsport entity, we can now form a single big team," said Loeb.

"At the same time as competing in cross-country and the World Rallycross Championship with Peugeot, I can bring my experience to Citroen by testing the C3.

"I can't wait to get back into a World Rally Car and test how the technology has changed in that discipline."

After a year away from the championship developing the C3 WRC in 2016, Citroen has encountered a number of setbacks on its full-time return to the series.

Lead driver and Rally Mexico winner Kris Meeke was benched for the last round in Poland, with Andreas Mikkelsen driving the car and offering another angle on the car's development. 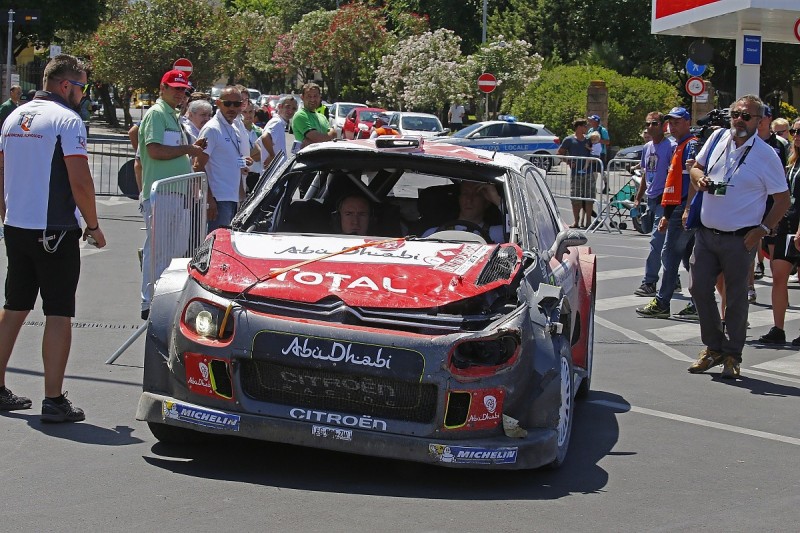 Loeb is one of the few active drivers with competition history using a car with an active centre differential - one of the areas Citroen has struggled with its C3 WRC.

"That is fundamentally why his career with Citroen and then Peugeot has been closely intertwined for so many years.

"He's absolutely in tune with the team spirit and is one of the team's pillars.

"With its wealth of programmes, PSA Motorsport is able to give drivers the chance to use their talents for DS Performance, Citroën Racing and Peugeot Sport.

"In this way, drivers of Group PSA Brands benefit from varied driving experiences in line with their ambitions and adapted to their exceptional skills."

Loeb retired from full-time WRC competition on the back of his ninth title in 2012 and last competed two years ago on the Monte Carlo Rally.

He competed in the World Touring Car Championship before moving to rallycross and a Dakar programme.

"I'm still passionate about rallying," added Loeb. "Of all the disciplines I've tried since I retired 5 years ago, it's the sensation of rallying that I love most."

There is no suggestion that Loeb will return to competition - and Citroen has already committed to Mikkelsen re-joining the Parisian firm alongside Meeke and Craig Breen - for next month's Rally Germany.