Neuville was 6.4 seconds slower than Toyota's 2020 arrival Ogier on the opening Malijai - Puimichel test, but went more than 25s faster than anyone else on stage two as he coped far better with the icier conditions than the rest of the World Rally Car contenders.

That left the 2019 WRC runner-up with a 19.1s advantage over Ogier heading into Friday's first full day of stages, with Tanak third after his first two competitive stages in Hyundai colours.

Ogier was fastest on the dry opening stage, and 1.8 seconds faster than reigning champion Tanak over the 10.86-mile test, and consolidated his advantage over the 2019 champion on the Bayons - Breziers test despite being overtaken in the order by the rapid Neuville.

Tanak ended both stages in the top three, but said the second test had been much more challenging than he anticipated - a result of both the icy road conditions and visibility issues through the opening half of the stage caused by spectators' flares.

He was 29.7s slower than his pacesetting team-mate on SS2, and will start the second day three tenths ahead of the second Toyota Yaris WRC of Elfyn Evans in the competitive order.

Evans was the only one of the leading four to opt for studded tyres for the second stage as he completed the test 0.2s slower than Tanak, and will start more than 25s clear of fifth place. 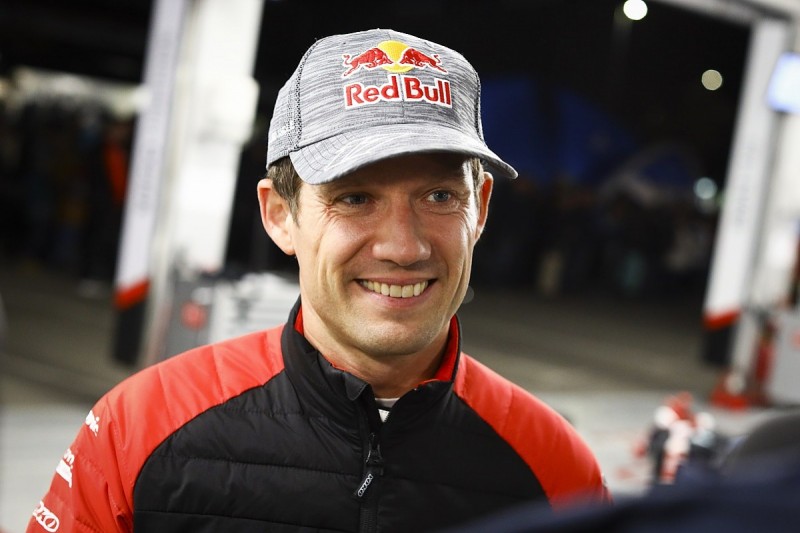 That position is occupied by seven-time Monte Carlo Rally winner Sebastien Loeb in Hyundai's third i20 Coupe WRC, while Esapekka Lappi sits sixth despite a tricky start to the rally for M-Sport.

The Ford squad encountered difficulty immediately as all three of its cars suffered overheating issues on the first stage when leaves blocked their cars' radiators, with Teemu Suninen, Lappi and Gus Greensmith placing seventh, eighth and 10th respectively of the 11 World Rally Cars.

All three refused to comment on the issues at the stage end, but M-Sport team principal Richard Millener admitted before the start of SS2 that, despite engineers' attempts to solve the problem between the stages, there was "nothing we can do" to account for the size of the grille on this event.

Lappi said his car was "fine, more or less" by the end of the second stage, but he still ended up 52.6s slower than Neuville and is already a minute down on the rally leader.

There was further despair for the team as Suninen parked up with a transmission issue.

Kalle Rovanpera was an impressive fifth on his first WRC stage in Toyota's third Yaris and, though he was more tentative on the second stage, sits seventh in the order.

He is ahead of the leading WRC2 entries of Eric Camilli and Mads Ostberg (both Citroen C3) and the Hyundai i20 R5 of Ole Christian Veiby.