Neuville's advantage had dwindled from 1m12s to 45s over the final part of Friday's second loop but he was back on the pace emphatically in the morning and started the day with a stage win.

Although Neuville was only second quickest behind surprise pacesetter Elfyn Evans on SS10, Ogier lost time being too cautious on the stage's icy sections.

With the reigning World Rally champion only sixth quickest on La Batie Montsaleon - Faye, he is now 1m00.7s behind Neuville's Hyundai.

But Tanak fared better on SS10 and brought his deficit back down to 11s.

The pace of Evans and the DMACK tyres was the other big story of the morning after a terrible Friday.

The combination of less ice on the stages and longer sections of dry asphalt to ensure the tyres were fully up to temperature by the time they reached the ice allowed Evans to go third quickest on SS9 and then win SS10. 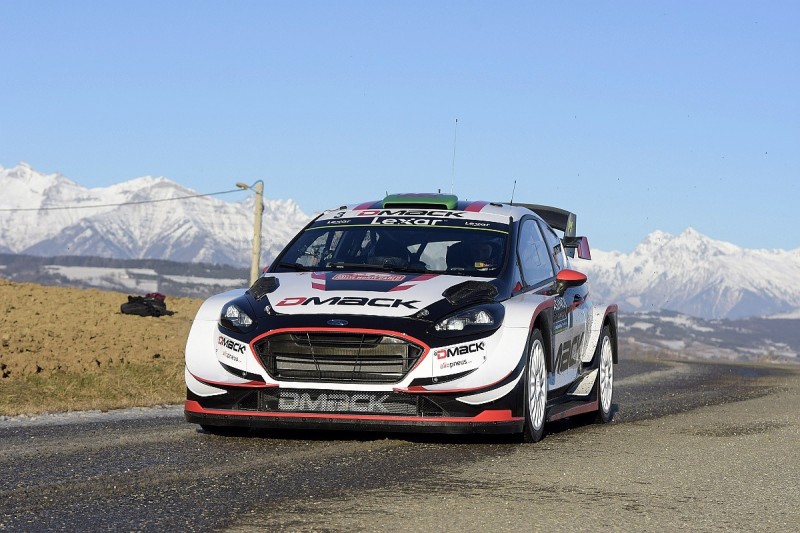 That was in stark contrast to the Friday stages where he lost over two minutes to the leaders at times, and brought him within range of WRC2 leader Andreas Mikkelsen in the battle for seventh overall.

Though unhappy with his Toyota on the morning stages, Jari-Matti Latvala remains a secure fourth.

In his wake, Dani Sordo and Craig Breen continue to swap fifth place on every stage.

Hyundai driver Sordo had no confidence on SS9's ice and fell behind, but recovered on the mostly dry roads of SS10 and moved back in front.

He was helped by an unusual problem for Breen, who was unable to get information on conditions from Citroen's ice note crew because of a broken telephone.

Breen's team-mate, Kris Meeke, rejoined under Rally2 after his Friday crash but stopped again on Saturday's second stage with a mechanical problem.