Sebastien Ogier and his M-Sport team-mate Ott Tanak will be allowed to fight to the finish of the Monte Carlo Rally, according to team principal Malcolm Wilson

Ogier and Tanak ended the rally's first full day split by just three tenths of a second in second and third places.

Reigning World Rally champion Ogier gained considerably on Tanak on Friday's final stages as he recovered from a morning error, but there had been little to choose between their pace for much of the day.

Wilson insisted he wanted the scrap to continue and would not ask either to back off.

"That's why we're here and that's why the fans are here," he said.

"There's a long way to go in some very tricky conditions, but yes they are both free to battle it out."

The Ford Fiesta WRC pair are 45s behind leader Thierry Neuville, but despite that gap Ogier admits he has not given up a fourth straight Monte win.

"Nothing is impossible, especially with the [potential for different] tyre choices tomorrow," he said.

"I will focus on myself and try to drive well and get comfortable in the car.

"At the end of the day I would be happy to be in Monte Carlo with a podium and I don't want risk it all for victory.

"Monte is special and, especially for all the guys here, I want to give my best." 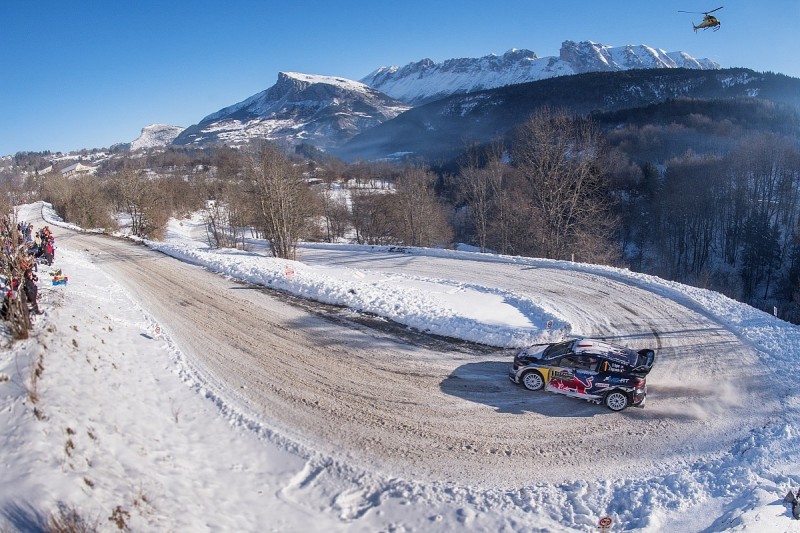 Tanak plans to try to ignore Ogier's times and focus on his own pace.

"He's close to home, so maybe he knows some tricks here," said the Estonian.

"The plan is still not to get in the fight. I want to carry on with the speed we have.

"Seb was really fast this afternoon and I was nowhere close to him.

"I'll let these two guys [Neuville and Ogier] fight and let's see how it goes."

Leader Neuville said he felt relatively comfortable with his advantage.

"I wouldn't say I'm confident, but I am a bit more comfortable," he said.

"I feel good in the car and we have had good feedback and everything has worked well so far.

"It will be a tough fight tomorrow, but let's see who has upper hand in the evening."