On Monday, Hyundai's team principal Andrea Adamo revealed the team's WRC participation was not guaranteed beyond this year as the company's South Korean board had yet to give its full backing to building a car to the new hybrid regulations.

In contrast, Toyota and M-Sport continue to forge ahead with their Rally1 test and development plans.

Three-time WRC event winner Mikkelsen last regularly competed in the series with Hyundai in 2019, having previously competed for the Volkswagen and Citroen squads.

He is contesting the WRC2 and European Championship with backing from Skoda this season and intends to use each programme as a springboard to support his case for a WRC return.

Although the Norwegian has already held talks with M-Sport boss Malcolm Wilson and team principal Richard Millener, he told Autosport he would be happy to sit down with Hyundai - the team he left on bad terms at the end of 2019 - and Toyota going forward.

"But if Hyundai will not be there then there will be even less cars and more drivers, so it will be difficult to get a seat.

"I really hope that Hyundai is still there in the WRC with both Ford and Toyota.

"Toyota has proven to be a really, really good package these last couple of years.

"I think they definitely have the fastest car and I think it [the new car] would suit my driving style perfectly, like the Polo did. 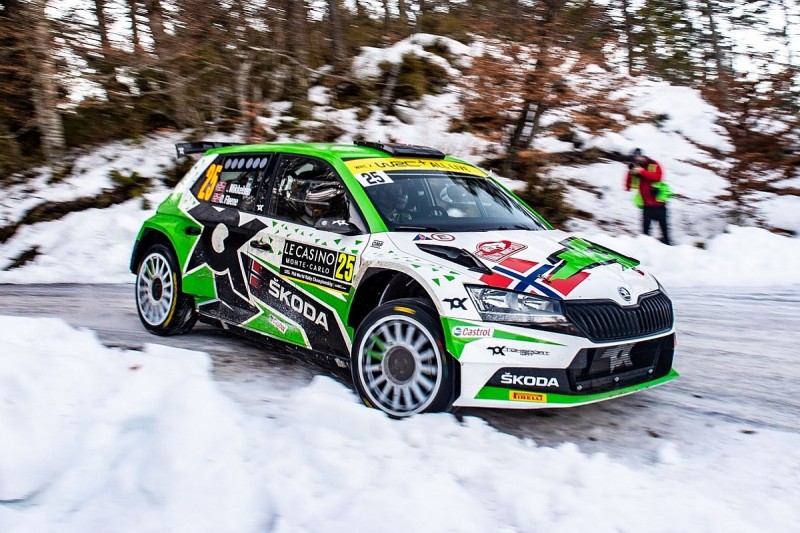 "Ford is also creating a new car and it would be nice to be a part of that, especially the development of it.

"I have been in many different cars now and I know what it takes to make a fast, easy-to-drive car.

"I also think the Hyundai i20 has been changing quite a lot since I drove it last time and I think it has been changed in the direction that I wanted it to, so it would be nice to try that car again."

Mikkelsen's contract with Skoda Motorsport allows him to represent a different marque over the next 11 months in the WRC's top division - something he continues to work on.

"Could you see me in the Fiesta WRC at some point this year? Yep, it can happen," said the Rallye Monte-Carlo WRC2 winner (above).

"I really want to do some events in a WRC car this year.

"I had spoken to Malcolm and Richard about 2021 and we were quite close to doing a deal but obviously Skoda came along and made me a good offer together with Toksport that meant I would be doing a lot of driving in a winning [car] and testing the new [Fabia Rally2 Evo] car.

"This is not the WRC, of course, because my aim is WRC and to be back in the WRC in a paid-for drive."