Mikkelsen switches from Citroen to Hyundai for rest of 2017 WRC

Andreas Mikkelsen has switched from Citroen to Hyundai for the remainder of the 2017 World Rally Championship, ahead of an expected full 2018 campaign with the Korean manufacturer

Mikkelsen will replace Hayden Paddon at the Rally of Spain next month and is expected to take Dani Sordo's i20 Coupe for Rally GB and Rally Australia.

The Norwegian made three starts in the Citroen C3, earning a best finish of second in his last appearance on Rally Germany.

Paddon has struggled in 2017, admitting recently he had written off the remainder of the season, and Hyundai team principal Michel Nandan said falling to 64 points behind M-Sport in the manufacturers' title race had forced the change.

"Reaching this decision was not easy but we felt it was necessary to reaffirm ourselves in the championship battle," said Nandan.

"Discussions with Andreas have been ongoing since he was out of a drive [after Volkswagen withdrew at the end of 2016], but we had nothing to offer him as our line-up was fixed.

"However, with us losing ground, we decided to re-evaluate the situation.

"We had an open discussion with all three of our crews, and informed them of our decision to make this adjustment.

"The precise line-up for Spain has been made, but we will confirm our crews for Wales and Australia in due course."

Mikkelsen's trio of point-scoring finishes came after two seventh places in his WRC2-winning outings in Monte Carlo and Corsica.

The results have moved him above Citroen's full-time driver Kris Meeke, and he is just 16 points behind Paddon. 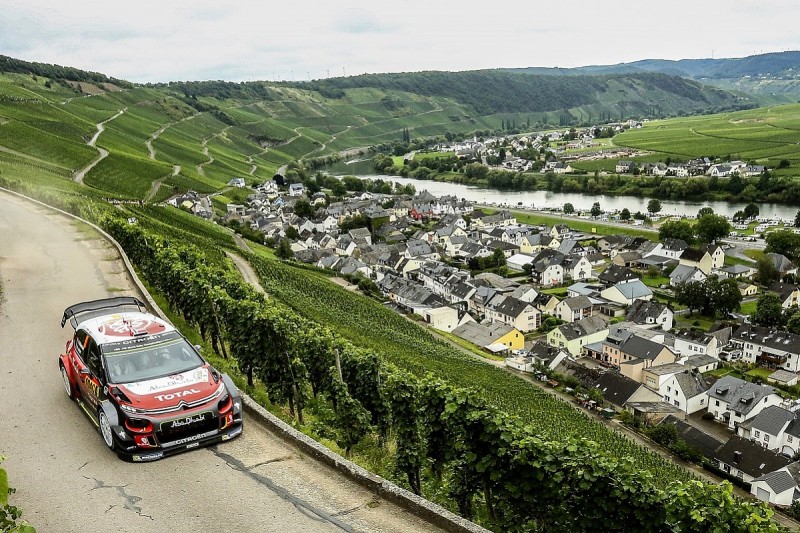 "I am delighted to be joining Hyundai Motorsport and to be back in the WRC for the next three rallies," said Mikkelsen.

"It is a great team with some very talented people, and the Hyundai i20 Coupe WRC has proven itself to be a winning car on every surface.

"I had the chance to test on gravel earlier this year. I had a really positive feeling, which I am sure we will find again in these last three events of the season.

"My aim is to do all I can to help the team in the manufacturers' championship.

"I have a great belief in them and the car, so I am super excited.

"Anders [Jaeger, Mikkelsen's co-driver] and I are ready for this and we hope it will be the start of something more long-term."

Citroen boss Yves Matton congratulated Mikkelsen on his switch, adding: "I really enjoyed working with them and it's a good thing for the WRC that they are back in the championship full-time.

"Andreas was one of the options we considered when working on our driver line-up for 2018, but when it came to making a final decision, we decided not to pursue it."

Hyundai has remained tight-lipped on next season, but Autosport's sources have confirmed Mikkelsen is expected to tackle a full season along with Thierry Neuville next year.

Paddon and Sordo are expected to share a third i20 Coupe.

Citroen begins testing all new R5 for WRC2 and ERC 2018