Bottas made his competitive rally debut aboard a Ford Fiesta WRC in January's Arctic Lapland Rally - finishing fifth overall in the snow-based event - and has since tested M-Sport's Fiesta R5.

Timo Rautiainen, who also partnered Bottas on his competitive rally debut, co-drove during the Toyota test. Bottas was wearing overalls from his previous Formula 1 team, Williams.

Toyota Gazoo Racing sporting director Kaj Lindstrom told Autosport Bottas' outing, which was at the team's permanent test site, in the Yaris was just for fun.

Lindstrom joked: "There is no contract. He was happy in the Arctic Rally, but we have the best car and he wanted to try it!"

He added: "The test with Valtteri was planned and he just drove the test car after the other guys at a road close to Jyvaskyala." 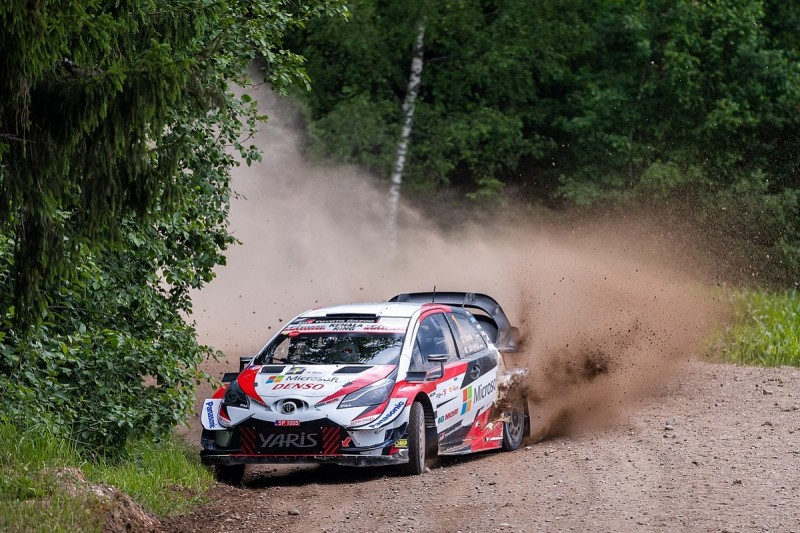 Toyota's regular drivers Ott Tanak, Kris Meeke and Jari-Matti Latvala had completed their running ahead of next month's Rally Finland and the test team was kept on for one more day.

The Yaris has won three rallies in the World Rally Championship this year in the hands of points' leader Tanak, who also won the recent Rally Estonia in the car (pictured above).

Bottas had impressed M-Sport with his pace in a Fiesta R5 when he drove it in the south of France earlier this season, and after his competitive debut with the team on the Arctic Lapland event.

WRC M-Sport driver Teemu Suninen - who gave Bottas advice before his rally debut in January - was left in no doubt that his fellow Finn could compete to a high level in rallying.

"What he did in Arctic was impressive," Suninen told Autosport.

"It would be nice to see him in another rally and good to see how he could compete.

"It's interesting to see drivers coming from other [disciplines], especially when they are some of the best in the world."

Video: Will any rival WRC team prise Ott Tanak away from Toyota?