Elfyn Evans will miss next month's World Rally Championship round Rally Finland after injuring his back at last week's Rally Estonia, and will be replaced by Gus Greensmith

Evans finished the event in fourth place, but following physio work on his back, medical specialists have advised against tackling a rally of similar nature in a fortnight's time.

"But we have to respect the advice we're being given from the specialists.

"Rally Finland is similar in nature and there's the potential for aggravating the injury with a similar sort of landing - we don't want to do that."

M-Sport's plans for three-car team will stand in Jyvaskyla, with Greensmith - who made his debut and only start in a current-specification Ford Fiesta in Portugal earlier this year - joining Teemu Suninen and season-debutante Hayden Paddon.

Evans said: "Finland's absolutely one of my favourite events of the year and to miss it, well I'm totally gutted to be honest. There's not much more to say.

"It's so frustrating, but I have to listen to what I'm being told. All I can do is focus my efforts on the next one and that's what I'll do."

The Cumbrian squad has emphasised Evans' importance to the squad and its aspirations for this year. 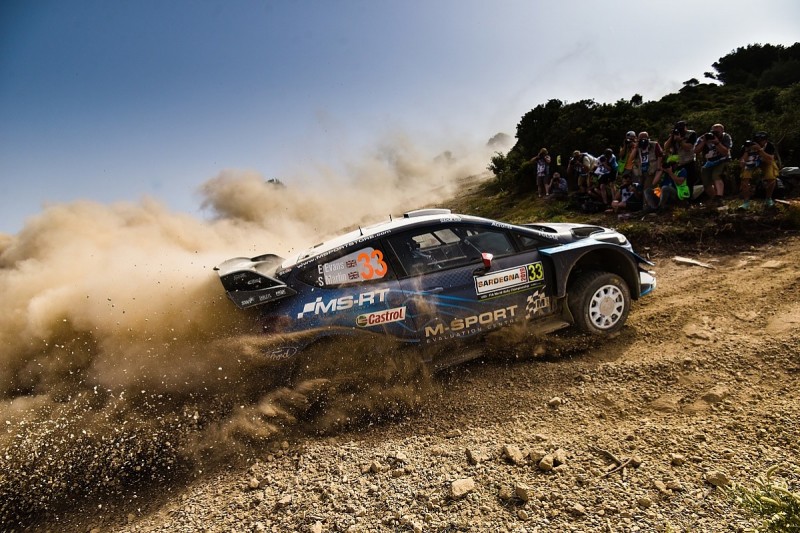 M-sport managing director Malcolm Wilson said: "I've already told Elfyn the car will be waiting for him as soon as he's fit, but his wellbeing is our number one priority and we need to ensure he's fully recovered before getting back behind the wheel.

"Gus will take Elfyn's place in Finland and I'm intrigued to see what he can deliver, but our primary focus is getting Elfyn fully recovered and back to continue what has been a really strong season for him and Scott [Martin, co-driver]."

Millener added: "Elfyn is our number one driver and we want him back in the car.

"We are 100 per cent behind him and, like we said, the frustration's massive. He finished second in Finland two years ago and, with the speed we've seen from him, he would have gone there as one of the favourites."

"We've made it clear that we want to be as competitive as possible on every round and that's why we stick with the three-car team.

"It was always in the plan for Gus to run a second event in a World Rally Car, so we've just fast-tracked that.

"It'll be really interesting to see how his pace is after some great times first time out [in a Fiesta WRC] in Portugal.

"At the same time, we're really fortunate to have Hayden with us as well.

"He's got loads of experience at this level and we've seen great speed from him in Finland before as well."