Mads Ostberg will contest the majority of the 2017 World Rally Championship in an independent M-Sport Ford Fiesta WRC, starting with round two in Sweden

The Norwegian will join forces with Martin Prokop to form a two-car team for this year's WRC.

A lack of car availability forced Ostberg to miss this month's season opener in Monte Carlo, but his stated aim was always to be in a current-spec World Rally Car in time for Rally Sweden.

Ostberg has finished on the podium in Sweden for five of the last six years.

The only other event the one-time world rally winner will miss is Rally Mexico, but that is because he is scheduled to become a father in the same week.

Ostberg's father Morten told Autosport: "We are very excited about the year to come. Mads will be in an M-Sport Ford in Sweden, that we can confirm.

"He has tested the 2017 Fiesta twice now, but he will test more before Sweden. 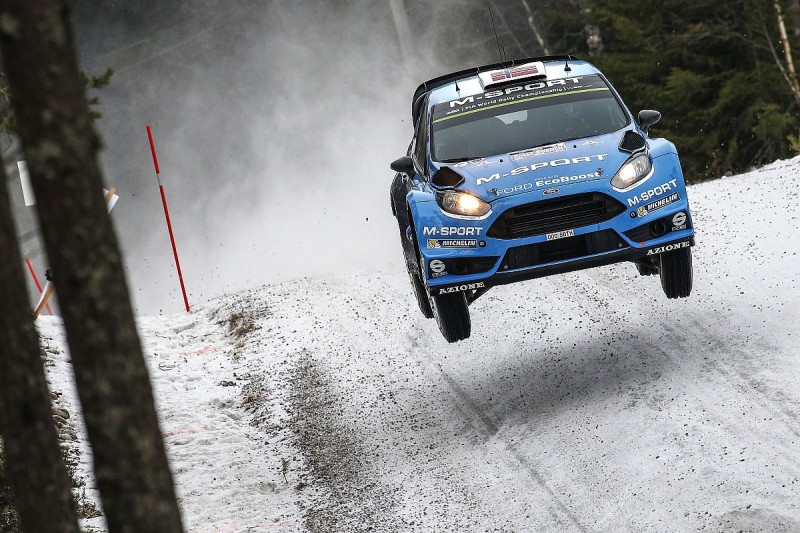 "We have seen in the recent years what Mads is capable of in Sweden, so it was important for us to be sure to have him in the new car.

"The plan is to do what we did in the 2011 and 2012 seasons, when we were running the car with our own Adapta team under the umbrella of M-Sport.

"This year it looks like we will be even more independent, working with Martin Prokop's team from the Czech Republic.

"When we were looking at options for Mads this year, one of the things we were really interested in was taking control of our team again and that's what we've been able to do."

While Ostberg and Prokop's Fiesta WRCs will be run independently, they will still have to be entered by M-Sport, as per the FIA's 2017 sporting regulations that state only manufacturers can enter drivers in the latest generation cars.