The reigning champion team says the all-new car - which will likely be based on a Ford Fiesta R5 chassis - is being aimed at domestic, single-day events in an effort to discover what length of competition is sustainable under battery power.

"We're always looking for ways to challenge ourselves," M-Sport boss Malcolm Wilson told Autosport. "And this is the next step in technology in the sport.

"I'm not going to give you any of the technical details - I can't because we're working with other companies who share this vision and we've signed NDAs (non-disclosure agreements) - but suffice to say we're on with it and if things continue to happen and we're able to continue and make progress then I would hope that we could have a car running this year.

"That would be something in an R5 shell, it wouldn't be the finished car."

The focus of the car is national-level rallying, with Wilson keen to produce a sustainable, four-wheel drive car at a competitive price.

The project would also underpin M-Sport's future commitment to any regulatory change moving the WRC towards electric.

"At the moment this isn't about the World Rally Championship," he added.

"All I'm interested in to start with is producing a car that's going to be capable of winning a one-day event at a competitive price.

"There's definitely a market for a four-wheel drive car like this and I'm confident the technology is there to do it.

"If you look at a modern electric [road] car, they're capable of running for 300 or 350 miles between charges.

"A BTRDA [the second step on the British rallying ladder] round or an event at that sort of level is around 35-40 competitive miles with not a huge amount of road mileage."

Ford Performance global director Mark Rushbroook said there was no urgency from the manufacturer to start producing electric rally cars.

"As we look at our road car cycle plan, there's definitely a split of internal combustion, hybrid and full electric and we need the same in motorsport," he told Autosport.

"We don't necessarily want all of our series to go electric, we want a mix.

"In WRC we're looking for technology to continue to advance; is it ready for full electric now? No, but things like eTurbo might make sense." 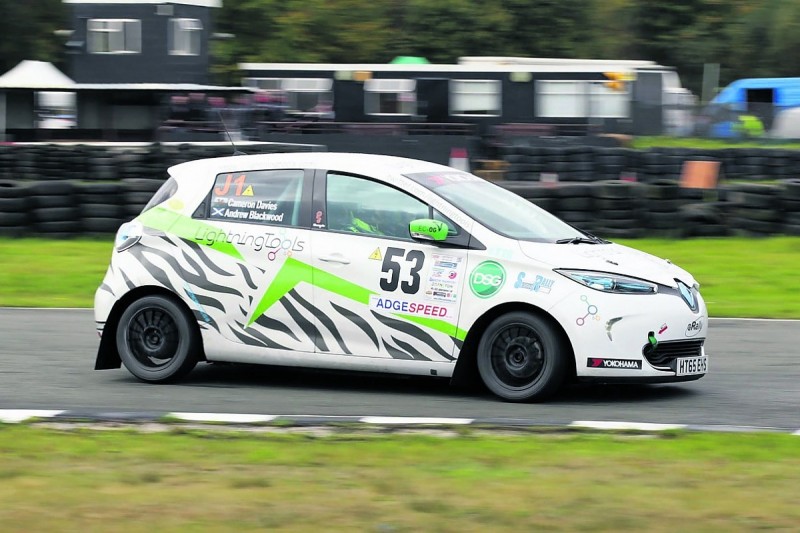 An electric rally car has already been developed in the UK under the Project eRally banner.

The Renault Zoe has competed, but is currently restricted by Motor Sports Association rules to single-venue events, and is aimed at the Junior and Senior 1000 Rally Championship for 1-litre cars.