Loeb led last weekend's Rally Mexico before a puncture on Saturday morning dropped him to his eventual fifth place.

Budar and Loeb's team-mate Kris Meeke both said they wanted to see Loeb in a C3 more often.

"We have an agreement for three rallies, this is the deal so far," Budar told Autosport.

"We will go through this year and after Corsica and Spain [Loeb's next scheduled rallies] we will have the opportunity to talk again, so let's see what is possible then.

"But I don't know any team manager in this service park who would not want this guy in their team full-time - it's the same for us."

Budar said he was impressed with Loeb's speed on his first gravel rally in five years.

"Mexico has been an extraordinary proof of his performance," he added.

"We have seen he is still very fast and he has shown just how well he is able to deal with this new car.

"When he took the lead on the second day, it was in the middle of the fight when everybody was pushing so hard, we didn't expect him to be so fast so quick.

"We knew he could do nice things, but I thought it would take more time."

Meeke said he hoped Citroen could persuade Loeb to contest more events, having had a positive effect on team morale.

"That has been pretty incredible to be honest," said Meeke.

"We've all been able to feed off the energy he's come in with - me especially. It's been so positive.

"I've said all along that I want him back in the team and this event just reinforces that.

"If I had the chance to do a full season with him then I just know I would learn so much.

"Could you imagine the strength we'd have had if we'd had him all this year and Craig [Breen] in the third car?

"There's no doubt we'd have been right at the sharp end in the race for the manufacturers' [title] - so why not push that for next year?

"We could be a very, very strong team if we could convince him to come back and do a bit more." 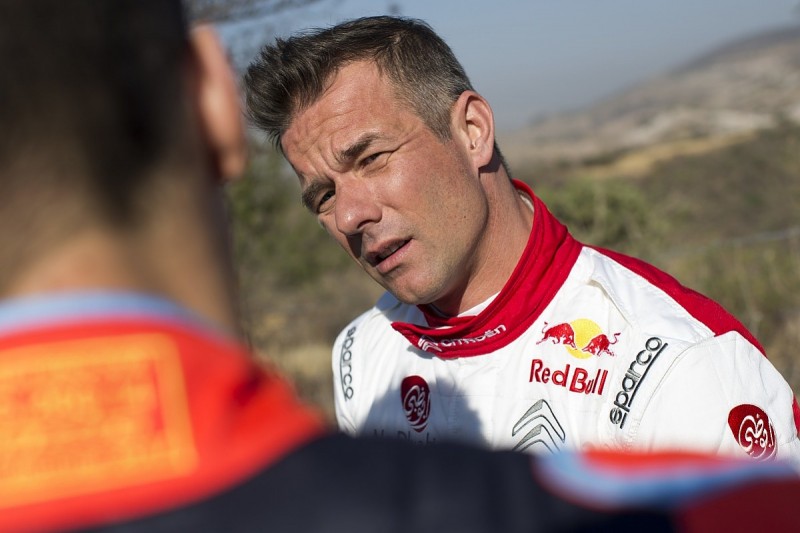 Loeb, who will also contest the World Rallycross Championship with Peugeot this year, was more circumspect about an expanded WRC programme.

"At the moment, I am doing rallycross with Peugeot and I cannot do everything," he told Autosport.

"When I retired from the full [WRC] championship I know the reason why and that has not changed.

"Now I drive and it's cool, but to do all the championship - it's not the plan."

Loeb does not have any clashes with Rally Germany, where he won on nine of his 10 WRC appearances, but said he would be "on the beach" at the time of the August event.