The five-time world champion has spearheaded M-Sport's assault on the WRC for the last two seasons and his departure will leave a significant hole.

Wilson is understood to have talked to Kris Meeke about the potential for a deal, but Autosport understands the former Citroen driver is moving closer to a Toyota seat.

Asked about his plans for 2019, Wilson told Autosport: "We've been in the world championship for a very long time and the plan is to try to stay there.

"There are various negotiations going on, but we'll see - we're not in a great hurry.

"We've got Teemu [Suninen] under contract for next year."

Elfyn Evans is out of contract at the end of the year, but is keen to remain in a Ford Fiesta WRC for a third successive season.

There are still drivers available for next season, but contracts are being signed and sealed quickly.

Hyundai men Hayden Paddon and Dani Sordo are understood to be nearing a repeat of their part-programme deal to drive a single i20 Coupe WRC next season.

Current Citroen drivers Craig Breen and Mads Ostberg would both offer pace and experience and both have worked with M-Sport in the past.

Wilson admitted he was sad about Ogier's decision to leave but remained proud of what they had achieved together.

"It's true, I am really sad to see him and Julien [Ingrassia, co-driver] go," said Wilson.

"They really are part of the family here and when they do say goodbye at the end of the season then they'll leave behind the same sort of legacy that the likes of Colin [McRae], Carlos [Sainz], Marcus [Gronholm] and all of the greats have.

"We will miss them, of course we will. Together with Ford's technical back up, we fought to keep them, but it wasn't enough. 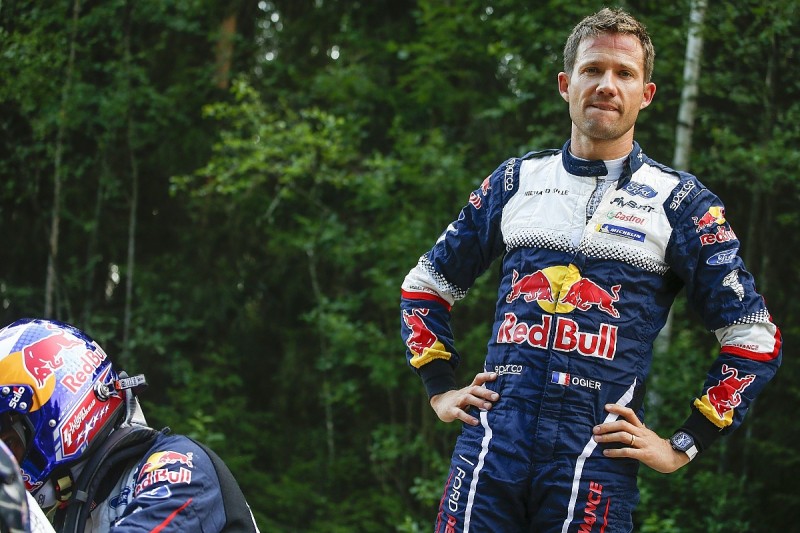 "I'm hugely proud of what we have done and what we could still do in the next three rallies.

"We brought them to this team and, with very little testing, we went out and won our first rally together.

"We made history together last year. What we did as a private team with Seb and Julien will never be forgotten and that makes me very proud."

So, Sebastien Ogier goes back to Citroen. Who'd have thought it?

When he was on the market at the end of 2016, Versailles barely bothered returning its former employee's calls. Nine months ago, PSA Group CEO Carlos Tavares made it clear Citroen didn't need Ogier.

I volunteered the view that signing Ogier for 2018 could have been the single biggest step towards returning Citroen to its former WRC glories.

What was it he said?

Ah yes; try this: "I would like to tell you in a very friendly and respectful manner that I totally disagree with you."

My beef's not with Citroen. Times do change. Good luck to them.

My beef is with Ford.

I have lost count of the number of times I've talked to Ogier and been left in no doubt his preferred option has always been to stay where he is. But he's made it equally clear that he wanted to see commitment from the Blue Oval.

And when he said commitment, he meant money. Investment. Cash.

We're all very well aware that Ford's stepped up its technical input into this year's car and, yes, there was a bunch of bodyshells handed over at the top of the programme. But that never was and never will be enough.

Ford has reaped praise and pleasure from Sebastien Ogier's time at M-Sport and, as far as I can see, such return remains unwarranted.

Ford of Europe's Gerard Quinn has worked tirelessly to try to tune America into rallying, but the reluctance from Detroit remains astonishing.

For a genuinely small-change cash injection at M-Sport, I believe Ogier would have stayed where he was. If there'd been sensible investment, the Frenchman would have stayed even longer and likely won world championships for fun.

Sitting firmly in front of an open goal, Ford has put the ball so high over the bar it will come down with snow on it.

And when it does come down, Ogier will be long gone and would-be Ford world titles will be written in history.

And they'll be written in French.