As part of the ongoing process in developing a car for WRC's rules overhaul, a workshop team dedicated to the project, and a separate test programme, have been created, while Ford has made its facilities in both the UK and the United States available.

Ford Performance played an important role with the current Fiesta - particularly in the aerodynamics department - and that collaboration has expanded with the hybrid model.

Work is set to move up a level within the next seven weeks when the very first test mule is expected to break cover.

Asked if the incoming set of rules was an opportunity to steal a march on its rivals, just as it did in 2017 and 2018 when Frenchman Sebastien Ogier won back-to-back crowns, M-Sport boss Richard Millener said: "That is certainly the plan.

"It is no secret that our main objective for 2022 is to be back fighting at the sharp end of the FIA World Rally Championship.

"With our experienced team of engineers, M-Sport Ford has a history of producing competitive, rally-winning cars straight out of the box, and that has to be the aim with this car, too.

"And when most of the workforce was placed on furlough during the first UK lockdown, these designers and engineers were some of the few that remained in work full-time to ensure we remained on track." 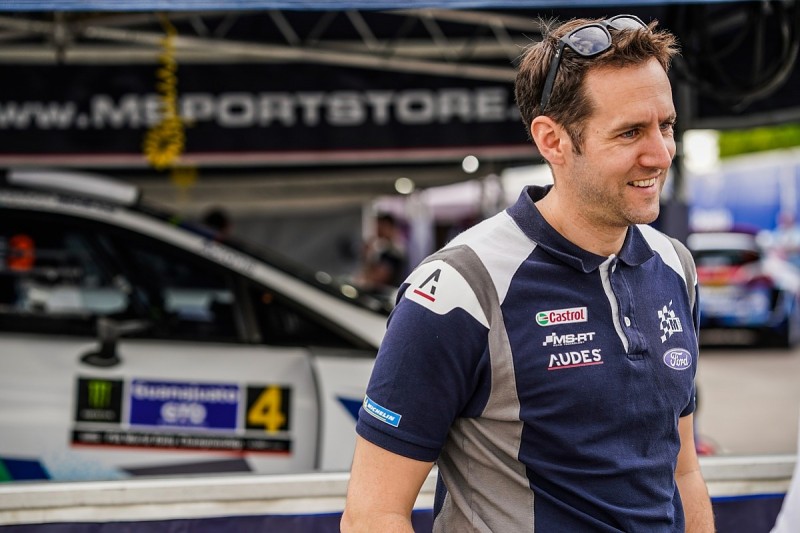 Although it remains to be seen who will complete the first handful of runs in M-Sport's Rally1 car, Millener is open to the idea of looking outside the squad with ex-employee Esapekka Lappi one possible option.

"We have got a testing plan in place for the first half of the year - but that is not to say we would not look to bring other drivers on board to help in the development, later in the year," he explained.

"There are a lot of very talented drivers without a manufacturer drive at the moment, so there is certainly scope to get their feedback should we need it."

The team has become a fringe player in rallying's top tier since 2019 as Hyundai Motorsport and Toyota Gazoo Racing have dominated the fight for drivers' and manufacturers' trophies.

Owner Malcolm Wilson feels the added clout - and prestige - of Red Bull will help to reverse its fortunes.

On Tuesday, the energy drink giant committed to playing its part in helping fast-track Adrien Fourmaux from a seat in WRC2 to the WRC.

"This is the first step in a concerted effort towards coming out fighting with the new regulations," said Wilson.

"A lot of our resources are going into ensuring we have the best possible package going into 2022, and to have Red Bull onboard this year is a huge positive for the team.

"Not only do they believe we have a future star amongst our ranks, but they also have faith in our world-class designers and engineers to deliver another rally-winning car."