Despite not competing on Corsica for a decade, Sebastien Loeb's World Rally Championship rivals say the Frenchman starts among the favourites for victory at this week's Tour de Corse

Loeb made a storming return to the WRC by leading last month's Rally Mexico before a puncture ruled out him out of the race for victory in Leon.

The nine-time champion, and four-time Corsica winner, has tested his Citroen C3 WRC for two days on the island and is confident the feeling will come to him quicker on asphalt than it did on the loose surface in Mexico.

"In Mexico I was curious to see where I was, I really wanted to be in the fight and I managed that," he said.

"I hope to be in the fight this week."

His rivals will take those words as a warning of his potential threat.

When asked what he expected from his countryman and rival, M-Sport Ford's Sebastien Ogier told Autosport: "[Mexico] was not bad for him and on Tarmac he is strong also - he did some rallies [on asphalt] so he'll have the rhythm again.

"Possibly he can be even stronger in Corsica. We definitely need to show we have improved our car because the C3 last year was untouchable on Tarmac."

During Loeb's full-time presence in the WRC, France shifted its round of the series from Corsica to his home region of Alsace.

Rallying's highest level returned to Bastia in 2015 and has remained there for three years.

Four of the seven stages that will be used this week are new for everybody, which will help Loeb, but his other knowledge of the route won't be as comprehensive as it was in Mexico.

"In Mexico I had driven quite a lot of the stages, but it won't be like it in Corsica, I will have to discover a lot of the roads," he said.

"But I like Corsica, I have good memories and I've always been competitive on Tarmac. 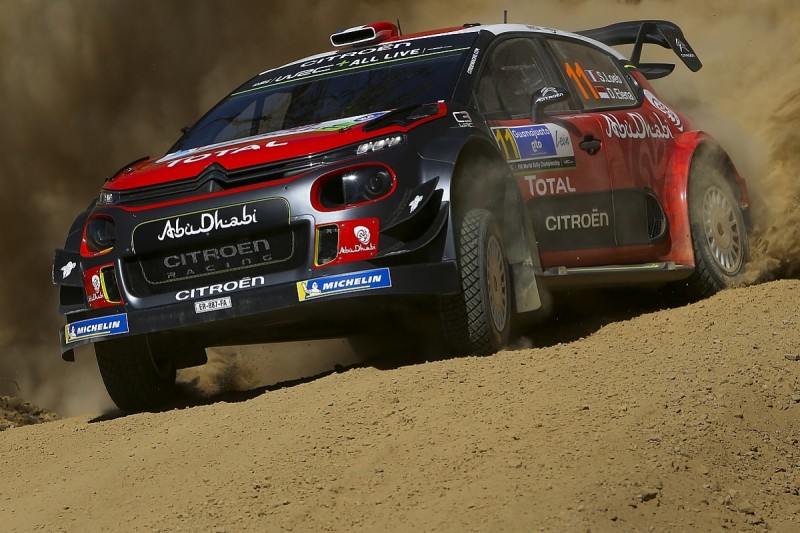 Loeb's team-mate Kris Meeke is in no doubt about what the WRC can expect from the championship's most successful driver.

"I think he can go quicker again," Meeke said. "Sixty per cent of the route is new in Corsica and that's only going to help him."

Loeb's former team-mate Dani Sordo, a man who has twice shared the Corsican podium with him, echoed those sentiments: "He will be dangerous in Corsica, we know that."

"He was good in Mexico, like we expected, but sometimes he is even more at home when he is on the asphalt."