Loeb unsure what to expect from WRC return in Portugal

World Rally Championship legend Sebastien Loeb is unsure what to expect from his first gravel rally in hybrid machinery at Rally Portugal this weekend.

The nine-time WRC champion will return to rallying's top tier for the first time since beating rival Sebastien Ogier to score an 80th career win at the Monte Carlo season opener in January, in what was a one-off outing.

Loeb has since secured a fresh deal to contest the first gravel rally of the season in an M-Sport Ford Puma at Portugal, where he will join a field of 12 Rally1 hybrid machines, including eight-time champion Ogier, who resumes his part-time campaign with Toyota.

Loeb instantly gelled with the Puma on asphalt in Monte Carlo but a first gravel rally for the Rally1 cars is set to provide a new challenge for the drivers.

The Frenchman and co-driver Isabelle Galmiche have been able to complete a pre-event test in Portugal and Loeb is hopeful he won't be far from the podium places.

The 48-year-old heads to Portugal after contesting the DTM curtain raiser also held in Portugal at Portimao earlier this month, where he finished 16th and 18th in the races.

"The first feeling in the Puma on gravel at our test was quite good, I was quite happy with the feeling I had as we worked on the suspension and the differential setups," said Loeb, who is also set to participate in the WRC's 50th season celebrations this weekend.

"Only one day of testing isn't a lot when it's the first time you are driving a car on gravel, but at the end I was happy with the feeling I had.

"My goal will be to find a rhythm as quickly as possible, hopefully I will be in a good rhythm to fight at the front, if I could be not far from the podium that would be a good performance.

"The challenges of Rally de Portugal for me will be that I am fourth on the road, road cleaning is always a challenge in this kind of rally if it is dry.

"I don't really know what to expect there so we need to do a good first day, and for the rest we will see where we are." 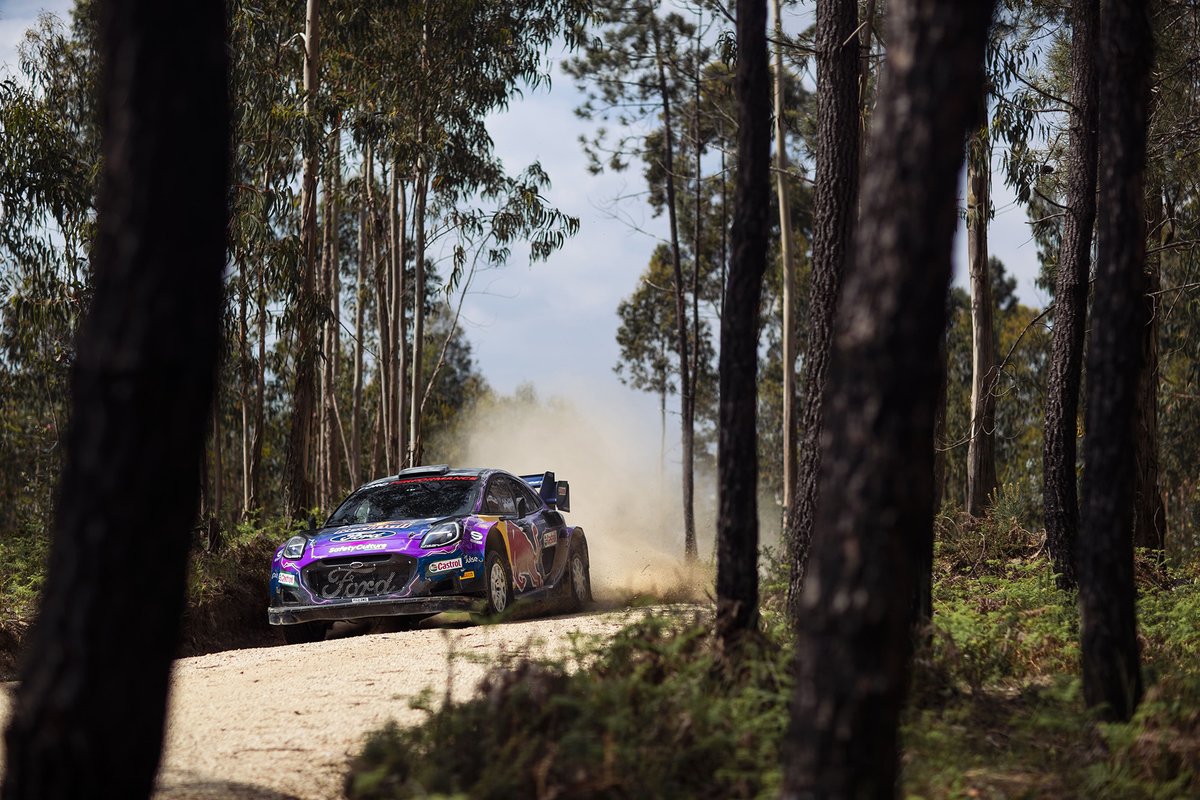 Loeb will drive one of five M-Sport Ford Pumas at the event joining regulars Craig Breen, Gus Greensmith, Adrien Fourmaux and Pierre-Louis Loubet, who will make the second of seven planned starts in 2022.

"Portugal is always a tough rally and with it being our first proper gravel rally with the new car, it will likely be a big challenge," said M-Sport team principal Richard Millener.

"With a five-car line-up the team has been working under exceptional circumstances since Croatia and it's a proud moment for us all to be the first manufacturer to field five Hybrid Rally1 cars on a single event.

"From our testing and development programme last year and the feedback from our pre-event test, I think the Puma Hybrid will perform well on gravel as our drivers are feeling comfortable and confident in the car.

"One major point of enthusiasm within the team is the return of Seb and Isabelle to the team after leading us to victory on the Monte at the start of the year.

"It's strange to think we have only had two outings since then, but we are really excited to have them back for the first gravel event of the season. It is especially significant to have such an icon of the sport with us on the same weekend that we are celebrating 50 years of WRC; the timing is just perfect."