The nine-time world champion came through an epic four-day head-to-head fight with eight-time champion Ogier to claim his 80th WRC win, arriving a decade after winning his last championship.

Loeb, driving for M-Sport Ford in one-event deal, was fast from the outset in the new Rally1 hybrid Puma, pushing Toyota’s Ogier hard.

The 47-year-old took the lead on Friday after winning four of the six stages, but was facing a 21.1s deficit to Ogier heading into the final day.

However, the rally took a dramatic twist when Ogier suffered a front left puncture on the penultimate stage, which handed a 9.5s lead to Loeb, setting up a final stage showdown.

Ogier set a blistering pace but a 10s jump start penalty ultimately decided the rally, with Loeb winning by 10.5s.

Loeb declared the win as “unbelievable” while labelling it as proof that the older drivers can still perform at the highest level.

The achievement was made all the more impressive given Loeb’s busy start to 2022 having finished as runner-up in the Dakar Rally in Saudi Arabia just days before the WRC season opener.

“For sure, it is unbelievable for me,” Loeb told Autosport.

“It was a great rally. I was happy to be in the rhythm again as I really didn’t know what to expect when I came here.

“The feeling with the car was really good and it very nice to drive.

“We had a big fight with Seb [Ogier] all the weekend. I was fast on Friday, he was incredibly fast on Saturday, especially in Sisteron, and then today, what happened, happened and we won the rally. It was just an amazing moment for us.

“It is 10 years since my last championship so I’m really proud that I’m still able to fight with the young guys and to be able to win a rally. For sure it is one of my best memories.” 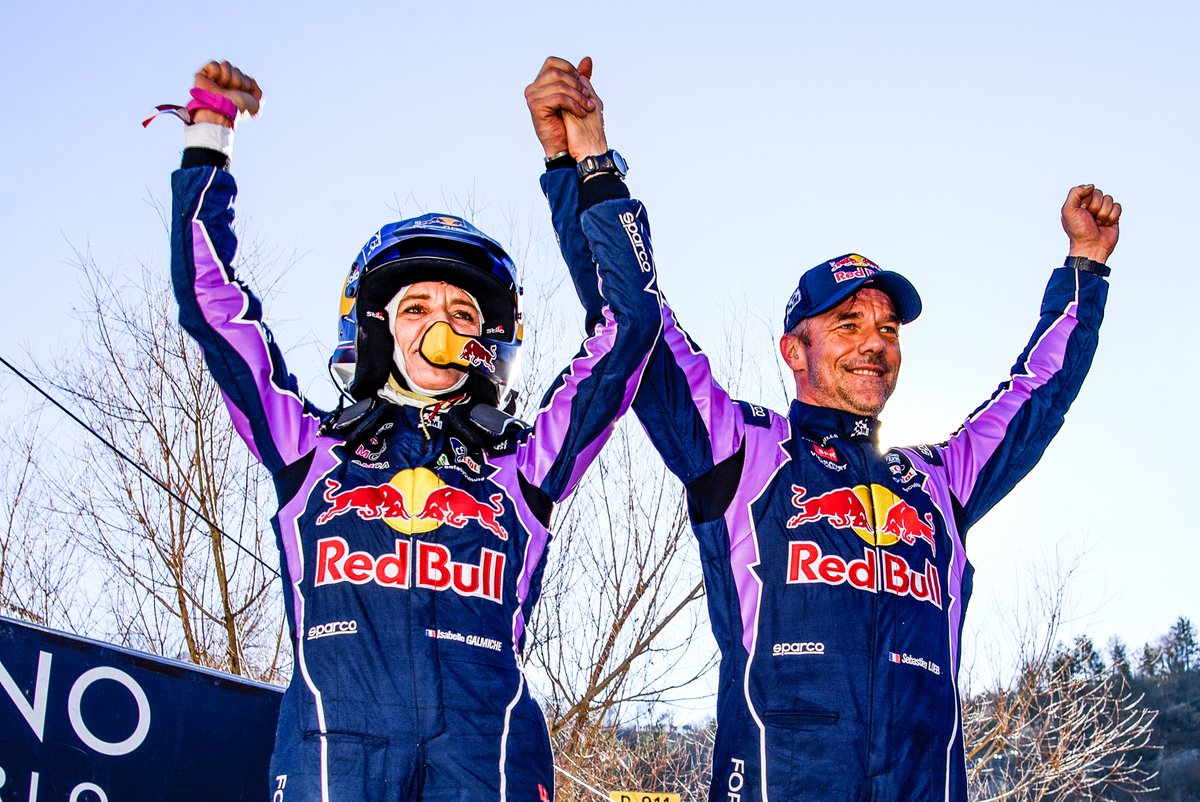 To add further gloss to the victory, Loeb was partnered by a new co-driver in Isabelle Galmiche, who was making her WRC debut at the age of 50, having previously been a long time member of the Frenchman’s gravel crew.

By winning the rally, the maths teacher and part-time co-driver became the first female co-driver to win in the WRC since Fabrizia Pons, former co-driver to Michele Mouton, won the Monte Carlo Rally alongside Subaru’s Piero Liatti in 1997.

“I think it is fantastic what has happened to me today, first time with Seb in a rally in Monte Carlo in the WRC, I’m so happy, it is incredible what has happened,” Galmiche told Autosport.

“I think perhaps it might be the best day of my life.”

It is unclear if Loeb and Galmiche will return to contest more rallies this season, with Loeb admitting pre-event that “potentially” this could be his only WRC appearance this season.