Latvala had not scored this season prior to last weekend's Leon-based event, while Ogier was both unbeaten and had taken maximum powerstage scores on the opening rallies in Monte Carlo and Sweden.

Although Latvala has only managed to trim the gap to Ogier from 56 points to 50 so far, key to his optimism is that he will continue to have a road position advantage over his team-mate for at least the next two rallies in Argentina and Portgal.

Being only sixth in the championship means there will be five cars to sweep the road clean for Latvala at the next round, while Ogier must run first again.

"The road position will still be good," he told Autosport.

"And this means we can give more pressure to Ogier and keep pushing him.

"But we have to keep winning. The championship is not over, it's definitely not over.

"We had to get the points here and we have done that - now I must keep this momentum going.

"OK, it's going to take time if Seb's going to be taking the points for second, but we are in the right direction now."

Latvala crashed in both Monte Carlo and Sweden, having already been down the order on the snow event due to an early driveshaft failure.

He admitted if he had not pulled something out of the bag in Mexico, his season would have already felt like a write-off.

"I have had a very tough start to the season and I was very worried before this event," he said.

"If I couldn't get points it's so difficult to get back into the championship.

"I knew here the [road] position would get me some benefit, but also you have to be able to use it.

"In my secret mind, I know how good Sebastien is and I know how good he has been in the last two years - especially when he was winning from the front on this event last year."

Latvala believes his first win in Mexico is also good for demonstrating he can conquer the rougher rallies.

"I have won in places like Finland," he said, "but this rally is so different.

"It gives me good confidence to win this kind of event - an event like the Acropolis, where it's not about going flat out all of the time." 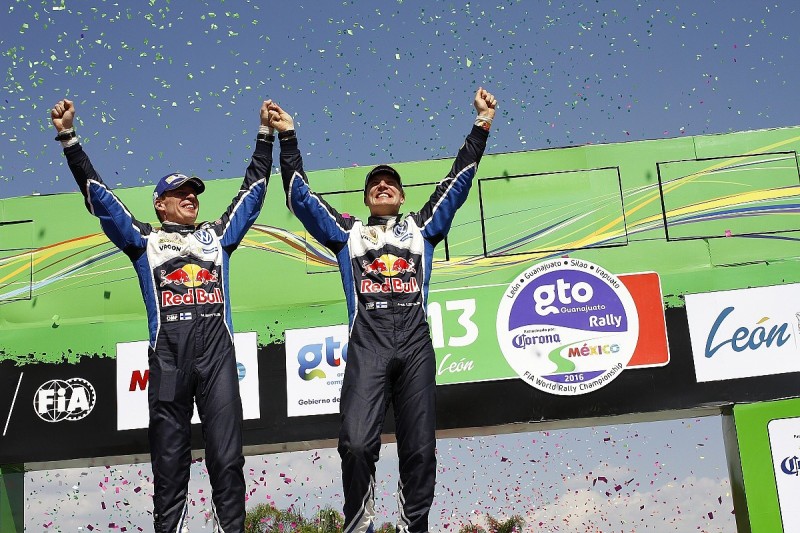 Did part of rallying die in Mexico?