Lappi surprised by his own pace after WRC comeback podium

Esapekka Lappi says he was surprised to be immediately on the pace of his World Rally Championship rivals after scoring a podium on his return to the category in Sweden.

The Finn took over Toyota’s third GR Yaris he will share with eight-time world champion Sebastien Ogier this season for the first time last weekend. The snow event also marked his return to the Toyota factory team he drove for in 2017 and 2018 and only his second top-flight start since 2020.

Despite limited time at the wheel of the new hybrid GR Yaris compared to his teammates and rivals, Lappi quickly gelled with his new vehicle, winning the second stage of Rally Sweden.

The 2017 Rally Finland winner found himself embroiled in a four-way tussle for the victory, including teammates Kalle Rovanpera, Elfyn Evans and Hyundai’s Thierry Neuville, before going on to finish third, 30.6s adrift of winner Rovanpera.

The 31-year-old admitted the performance came as a pleasant surprise and confirmed that he has the skills to challenge the championship’s best.

“It’s been amazing let’s say to come back and be in the pace from the first stage immediately," said Lappi, after scoring his first WRC podium since finishing second at Rally Turkey for Citroen in 2019.

“I was a bit surprised to be honest and I was more surprised I could stay on the pace more or less the whole weekend. I think the guys stepped up a bit yesterday and today and I couldn’t do that. Anyway, good weekend overall. 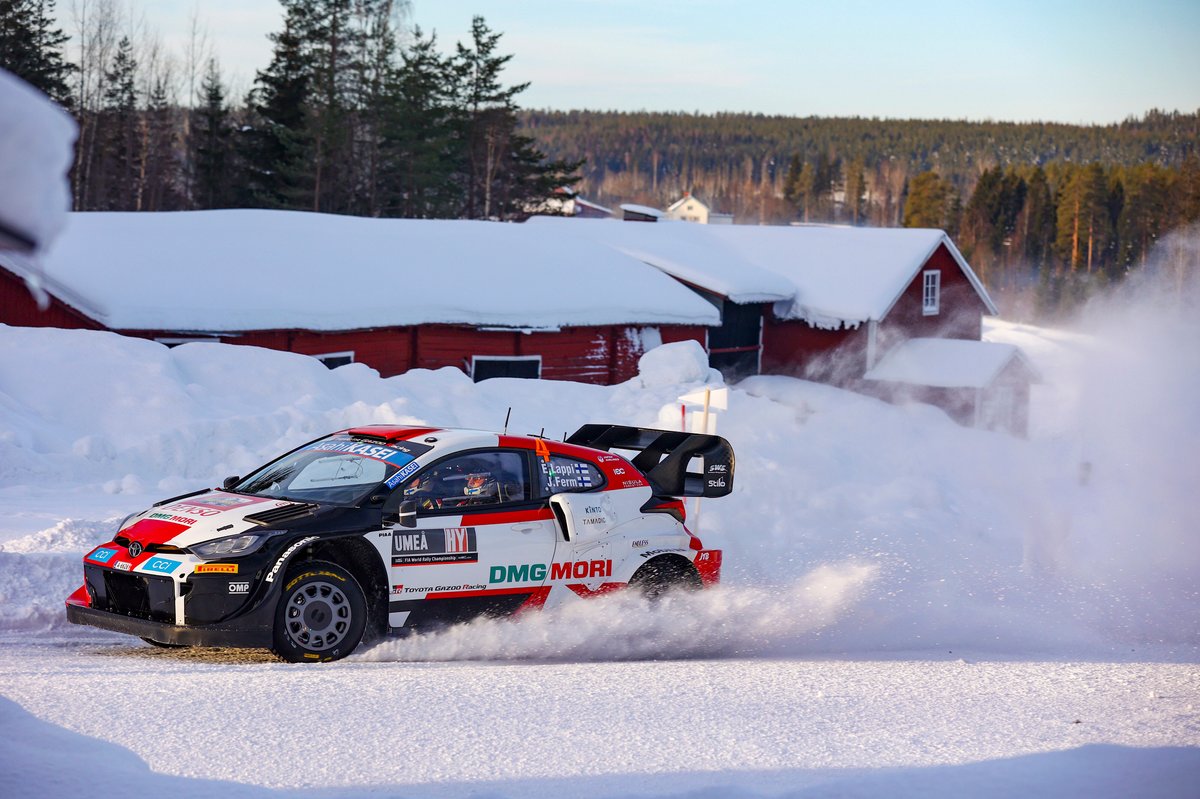 “I sort of you feel like that," he added, when asked if his drive reminded him that he still has the talent to perform.

"But you can’t get too excited. To do one stage is okay but to do one weekend like this is normally not easy after such a break. That’s why I was surprised by myself that I could really perform the whole weekend.

“But rallying is not an easy sport, definitely, but maybe the holidays work for me and it’s good there is a long gap before [the next round].”

His performance warranted high praise from Toyota WRC boss Jari-Matti Latvala, who offered his countryman a lifeline back into the WRC this year.

“We know Esapekka had the speed but it’s just the routine that really disappears,” said Latvala .

"That’s why football players and ice hockey players practice almost every day, it’s just to keep the routine. Considering that he also did a perfect job.”

Lappi confirmed in the post-event press conference that he is set to pilot the GR Yaris at the championship’s next round in Croatia from 21-24 April.

WRC Sweden: The Good, The Bad and the brush with the snowbanks