Hyundai to push WRC reliability fix through, Volkswagen in the dark

Hyundai will rush changes to its i20 WRC transmission following Thierry Neuville's Rally Sweden failure, while Volkswagen will not be able to identify what caused Jari-Matti Latvala problem

Both drivers struck trouble during Friday morning's opening loop, Neuville losing six minutes after having to complete the day with front-wheel-drive only.

Latvala suffered a front-left-driveshaft failure and laboured on in rear-wheel-drive until being forced to stop due to a suspension problem.

Neuville's failure was caused by an oil leak in the diff-cooling radiator, and Hyundai will push through an update to avoid a repeat next month in Mexico.

"We had a leak on the fitting for the diff cooler," team principal Michel Nandan explained.

"The oil came out and there was no more oil in the diff, so everything seized. This problem was 100 per cent our fault.

"The route for the pipes [going in and out of the chassis rail-mounted radiator] are not safe enough and one union was getting loose and letting the oil out.

"This was one part which, provisionally, was going to be changed for Mexico after a test - that's the plan now.

"We have a new radiator coming and we will change the route for the pipes." 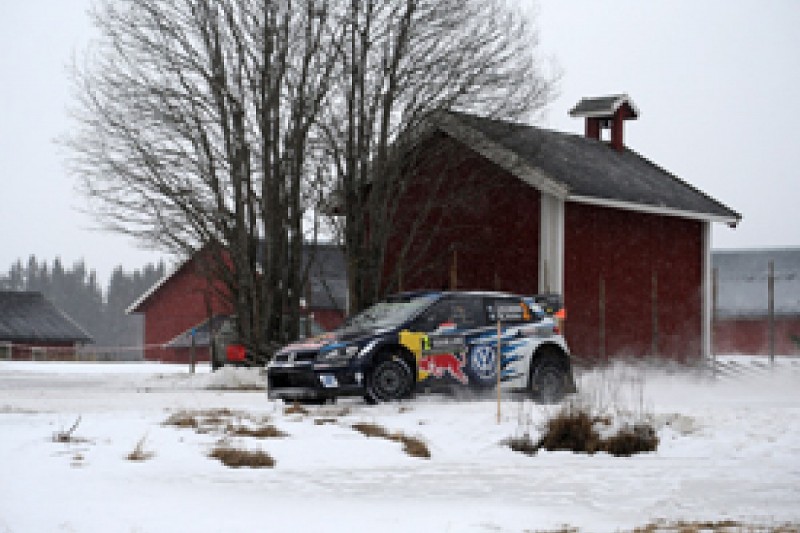 Volkswagen admits it does not know what caused Latvala's problem, and without the damaged parts will not be able to investigate it further.

"This was something we didn't have happen before," team principal Jost Capito said.

"We don't know what it was or why it happened and now, because the parts are all gone, we will never know.

"The connection for the driveshaft broke and the parts came off.

"We will check the materials of the others to have a look and see if we can find anything, but we are confident it won't happen again."