New Zealander Hayden Paddon will remain with Hyundai Motorsport for the 2015 World Rally Championship season, tackling at least nine rounds in an i20 WRC

The 27-year-old's deal was confirmed on Monday, after he elected to stay with the Korean team rather than jump ship to take up an offer from Citroen.

Paddon will carry out the recce on the opening round of the season in Monte Carlo next month, but his first competitive outing will be in Sweden, where he has only competed once before, in a Skoda Fabia S2000 in 2012.

The Kiwi admits the first half of the season will be tough as he tackles rallies where he has less knowledge.

"The first part of 2015 will remain a learning curve as we will be competing on events in which we have little or no experience," he said.

"However, once we return to the events that we did this year, I believe we can be very competitive and start pushing to be fighting among the top five.

"We have high hopes for the year and look forward to working with the team and helping with the development of the Hyundai i20 WRC. 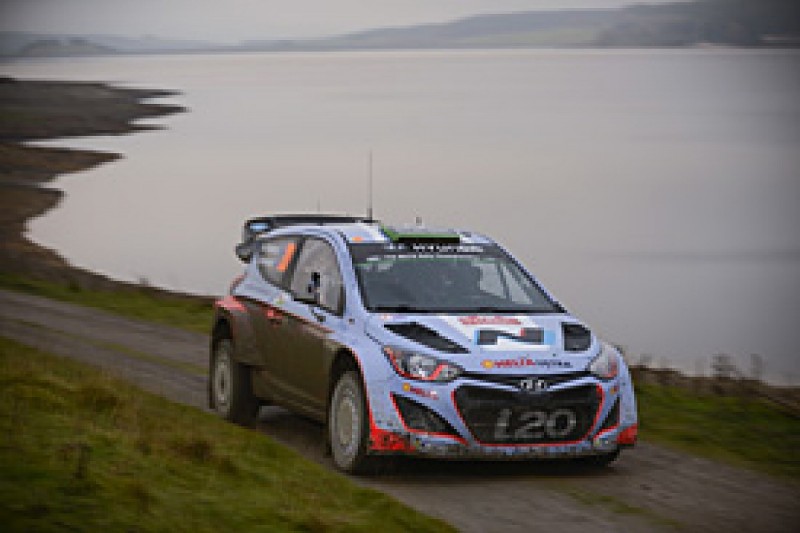 "I learned a lot and built some really good partnerships within the team this year and it was an obvious choice for us to develop more and chase better results in 2015.

"Also, the confirmation of us doing more events will be crucial for me to develop as a driver and to work closer with the team."

Paddon will drive for Hyundai's second team, the Hyundai Motorsport N squad, for which he will score points.

Team principal Michel Nandan said: "Hayden has already proven himself more than capable of rallying with the best drivers in the world and his personal development was evident as he reduced the gap to his more experienced colleagues.

"We are happy to be supporting this next phase in his career and look forward to seeing what he can do in the coming season, which promises to be an exciting one for Hyundai Motorsport."

Paddon is the third driver to be confirmed for Hyundai's 2015 line-up, joining Thierry Neuville and Dani Sordo.