Harri Rovanpera said he's unsure how his “heart is still working” after watching his son Kalle become the youngest ever winner in World Rally Championship history last Sunday in Estonia.

The 2001 Rally Sweden winner was in tears at the finish, having overseen Rovanpera Jr's rise up the rally pyramid to become a genuine challenger in rallying’s top tier.

After winning the 2019 WRC2 title with Skoda as an 18-year-old, Rovanpera joined the WRC’s top flight last year with Toyota and finished on the podium at the second attempt in Sweden.

This year he finished second on the Arctic Rally, also held on snow, but had endured a run of poor results prior to his breakthrough win on the fast Estonian gravel stages.

“It has been an incredible weekend, I can’t keep talking because I will cry all the time,” said Rovanpera Sr after the rally.

“It is wonderful after four bad events, but that [win] came at the right time.

“All the time you have to stop [on events] that is very disappointing, but now everything is changing I hope by the end of the season.

“I don’t know how my heart is still working - it was very hard [to watch].”

In contrast to his father, Kalle Rovanpera was far from a bundle of nerves and instead delivered a calm drive on Sunday, having initially hit the front on Friday before establishing a commanding lead on Saturday. 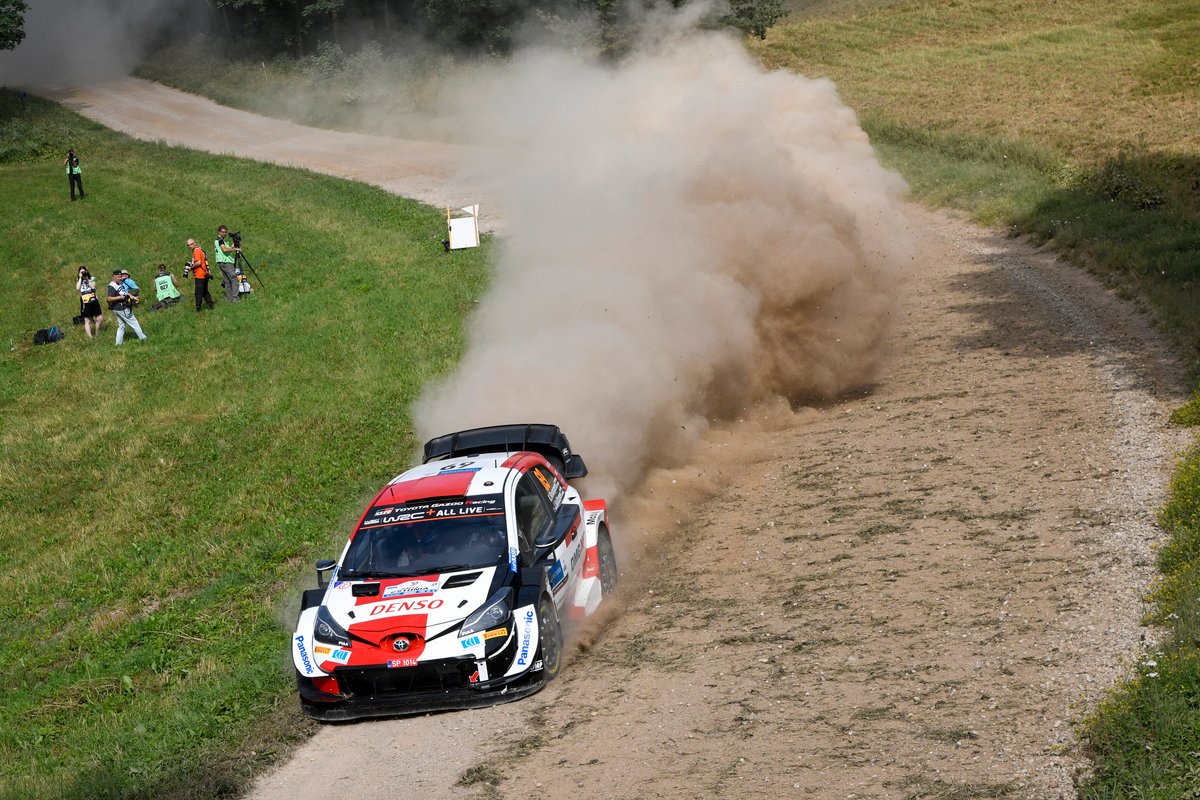 The victory was set up by a remarkable drive on Saturday’s opening stage, in which he set a time 10s faster than his nearest rival Ott Tanak.

Reflecting on the achievement, Rovanpera Jr admitted it was special to claim the youngest-ever winner record from now Toyota WRC boss Jari-Matti Latvala, whose feat had stood since winning in Sweden for Ford in 2008, aged 22.

“The feeling was nice in the car and I didn’t feel much pressure it was quite clam in the car, it was enjoyable,” he said.

“When we finished it was a really big relief and you finally get the win and you feel the pressure releasing a bit, so for sure that is a nice feeling.

“It is something special, but it is not something I think about much, all these records. But of course it was nice when Jari-Matti came to say to me that he wanted me to be the guy that is taking his record from him, so for sure that means something to me.

Asked if he shed any tears he replied: “I don’t think so, I think dad was doing that part quite well.”

Toyota team principal Latvala believed Rovanpera’s first win was due this year and said he was happy to concede his record to his young charger.

“Looking at the performance of Kalle already at the end of 2020, you could feel that it was coming,” said Latvala.

“I said at the start of this season there would be two events where Kalle had a high chance of taking the victory at Arctic Rally Finland and Rally Estonia.

“After four quite demanding rallies for Kalle, I think his motivation was 120% and the passion to get your first victory you could see, he was very committed from shakedown onwards.

“I’m really pleased to see his victory and I was really happy he was breaking my record as we can keep the Finnish tradition of youngest ever winners in the WRC.”