Former factory Hyundai driver Hayden Paddon will return to the World Rally Championship after securing a two-year deal to compete in WRC2.

The New Zealander will pilot a Hyundai i20 N Rally 2 car, backed by Hyundai New Zealand, in selected events this year before contesting a full season in 2023.

Paddon announced he will reunite with long-time co-driver John Kennard for the programme, a rekindling of a partnership that claimed victory at Rally Argentina when competing as a factory Hyundai driver in 2016.

The 34-year-old is set to make his first WRC appearance this year at Rally Estonia (14-17 July) followed by an outing in Finland (4-7 August), before contesting his home event Rally New Zealand (30 September - 2 October), which returns to the WRC calendar this year.

“We are delighted to work with Hyundai New Zealand as we embark on a two-year WRC2 campaign with the new Hyundai i20 N Rally2 car,” said Paddon.

“This year we have planned a campaign which allows us to get up to speed with the awesome i20 N Rally2 car, the car’s development and team development, before undertaking a full seven-round campaign in 2023 with the sole goal of winning that championship title.

“We’re so proud to be taking a Kiwi team to these offshore events, along with some support in Europe and backed by an incredible line-up of New Zealand companies including Hyundai New Zealand to make this unique campaign possible.” 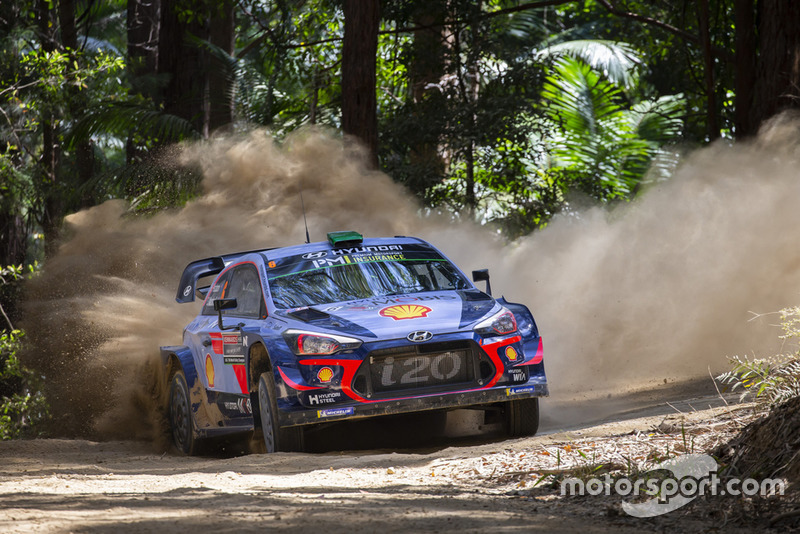 Paddon’s last appearance in the WRC came in 2019 when he drove a M-Sport WRC2 Fiesta at Wales Rally GB. This was set to be the prelude for a return to the WRC’s top tier in a Hyundai i20 WRC before the outbreak of COVID-19 scuppered his plans.

Since a five-year spell as a Hyundai factory driver came to end in 2018, Paddon has remained closely associated with the marque in the New Zealand that has has seen his own Paddon Rallysport team undertake a series of local projects. This has included developing an all-electric Hyundai Kona rally car.

WRC striving for two snow rallies in the future