Ostberg competed in his 2017-specification Ford for the first time in Sweden, but retired from the opening day after losing the rear wing.

He had always planned to skip the next event in Mexico due to the birth of his first child, and will now miss Corsica too before returning for Argentina later in April.

"It became clear a few days ago that we were not guaranteed to get the proper Tarmac suspension for our car to Corsica and furthermore [there was] no time to test on Tarmac," said Ostberg.

"There is no reason for us to do the rally only to drive the roads with untested material.

"Therefore, I will enjoy a few weeks extra 'daddy leave' before Argentina instead of pushing ahead to do a rally where we won't stand a chance to get a result. 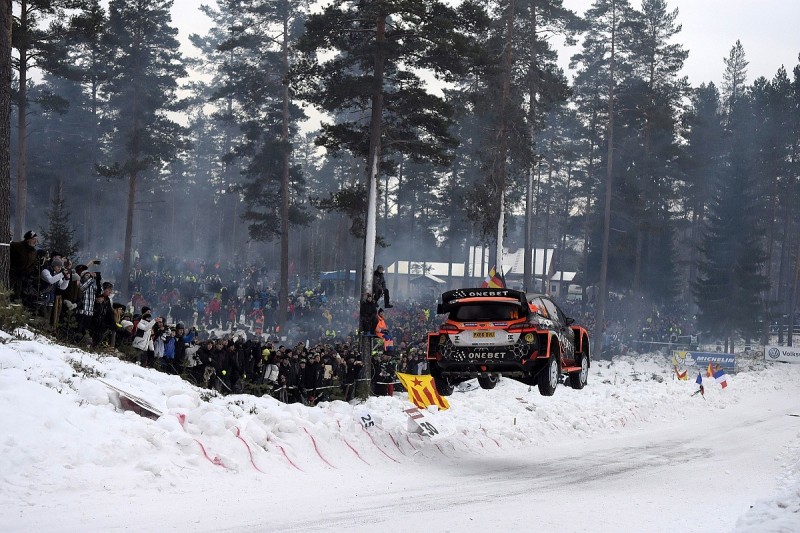 "I am looking forward to Argentina as my next rally and have planned a test on gravel in Europe and possibly a day test on Argentinian roads before the event starts."

As a private entrant, Ostberg has dispensation to test outside of Europe while works teams cannot.

He ran the car in Norway last week, working on the differential and suspension set-up.

"Snow and ice is not very relevant for the rest of the season, but there were lots of things we couldn't try in Sweden because of the late delivery of the car and generally too little time to test before the event," said Ostberg.

"After driving a couple of days in Norway I already feel we have taken huge steps in knowing the car and set-up possibilities."