Ken Block could return to the World Rally Championship this season, with Ford Performance evaluating giving the American its backing for select outings

Block's Ford-supported Hoonigan Racing Division team pulled out of World Rallycross at the end of last season, and Block is understood to be keen to contest more rallies.

He has already announced he will make more stage rally appearances in 2018, and Ford Performance global director Mark Rushbrook told Autosport those could come in the WRC.

"There's definitely some consideration for that [WRC return], but we still need to work through some things to make it happen," said Rushbrook.

"Ken is a fabulous driver; I've been in the passenger seat with him, I've got a lot of belief in him behind the wheel and he has a lot of social media reach for us. The relationship works.

"Ken's been a great partner and we continue that relationship. We're definitely going to see Ken in a Ford through this year."

He is expected to run a 1993 Ford Escort RS Cosworth in original Group A trim at some point this year, while he has rebuilt a genuine Group B RS200 for the road.

"We wouldn't want it [a programme] to be all heritage, it needs to be a mix of old and new."

Block said: "I am intending on heading back out into the woods to do some stage rallies in 2018 and the Escort is one of the vehicles I plan on racing on gravel.

"I'm very excited about it. I've always loved these cars and my team director Derek Dauncey finally found one for me that fits the exact specifications of what I was looking for."

Block undertook his busiest WRC programme in 2011 when he contested nine rounds, and finished in the top 10 on two occasions that year in a Ford Fiesta RS WRC.

He has competed on one-off events since then, but has not competed in the WRC since Rally Catalunya in 2014 (pictured below) despite admitting he wanted to return at a world level. 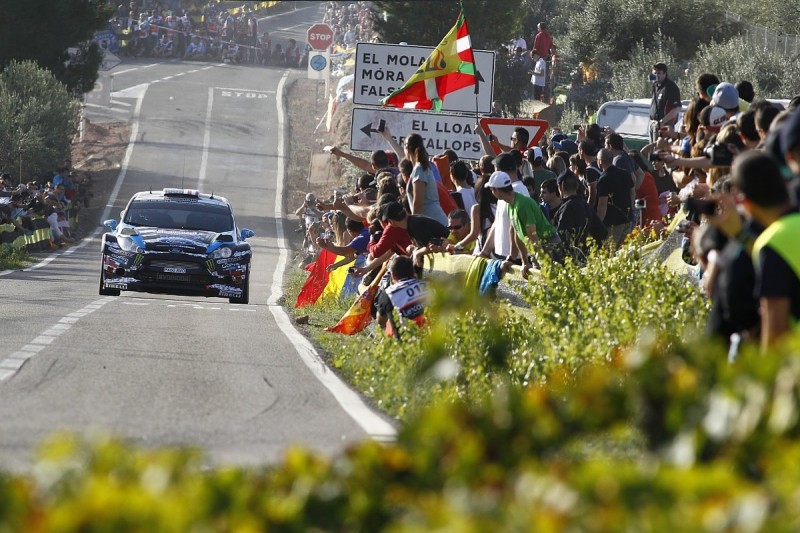 Hyundai targets R5 leaders with 'most important' i20 upgrades