Hyundai squad 2C Competition has drafted in Solans for next week’s penultimate round of the WRC on tarmac after Loubet was forced to sit out the remainder of the season, due to a broken hip incurred from being hit by a car in an accident.

The 29-year-old Spaniard will bring a wealth of local knowledge to the team having raced in the Spanish Rally Championship last year, winning the gravel championship title. Solans is also previous Junior WRC champion after winning the title in 2017.

This season Solans has been competing in the European Rally Championship, sitting seventh in the standings with a best finish of fourth at the season opener in Poland.

Solans will be partnered by experienced co-driver Marc Marti, who has co-driven for Jesus Puras, Carlos Sainz and Dani Sordo in the WRC.

Rallye Team Spain, which Solans drives for in the ERC, revealed the news of its driver’s promotion to the WRC class.

“A Rallye Team Spain duo promoted for the first time to the top class the WRC,” read a post on the team’s social media pages.

“Nil Solans and Marc Marti are going to represent in Rally Spain, the young talents project managed by the Spanish Motoring Federation, driving a Hyundai i20 Coupe WRC. 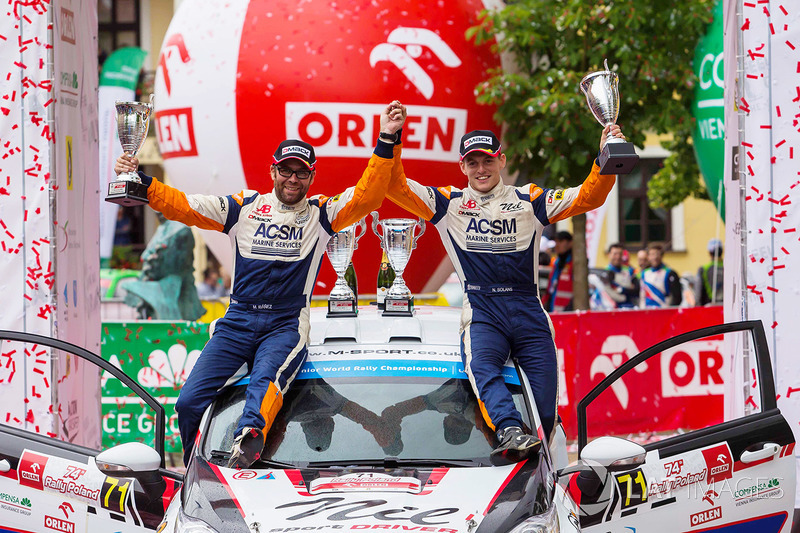 Solans will pilot a fifth Hyundai i20 at the event joining factory drivers Thierry Neuville, Ott Tanak, Dani Sordo and Oliver Solberg, who will make his WRC tarmac debut.

Solberg will join the factory Hyundai squad next season after landing a drive in the team’s third car which he will share with Sordo.

The son of 2003 WRC champion Petter Solberg, will effectively replace Craig Breen who has moved to M-Sport Ford after three years as a part-time driver for Hyundai. The Irishman has secured a two-year deal with the British squad.

Rally Spain will be contested over 17 all tarmac stages, beginning next Friday.