Chicanes were added to the Finland route for the first time since 1987, but their deployment drew strong criticism from the drivers.

Complaints included a lack of room in the chicane and entry points that were confusing at rally speed.

The FIA said the event organiser was responsible for the implementation of the chicanes, but a source within Rally Finland was equally keen to shift the blame back to the governing body.

"If the FIA wasn't happy with the way the chicanes were set out, then they should have been there when we put them out to check them," said the source.

FIA rally director Jarmo Mahonen has confirmed the governing body will write a regulation directing events in how to lay chicanes out on future events.

"I agree with the drivers, nobody likes the chicanes," he said.

"But we have to do something when, in some places, the cars are going for 48 seconds without lifting at all from the top gear.

"But to stop the cars completely was not the intention.

"The chicanes in Finland have been built too tight and now we have to find a balance and we have to write the regulation: how do we make these chicanes, how many metres apart and this kind of thing so they are the same everywhere." 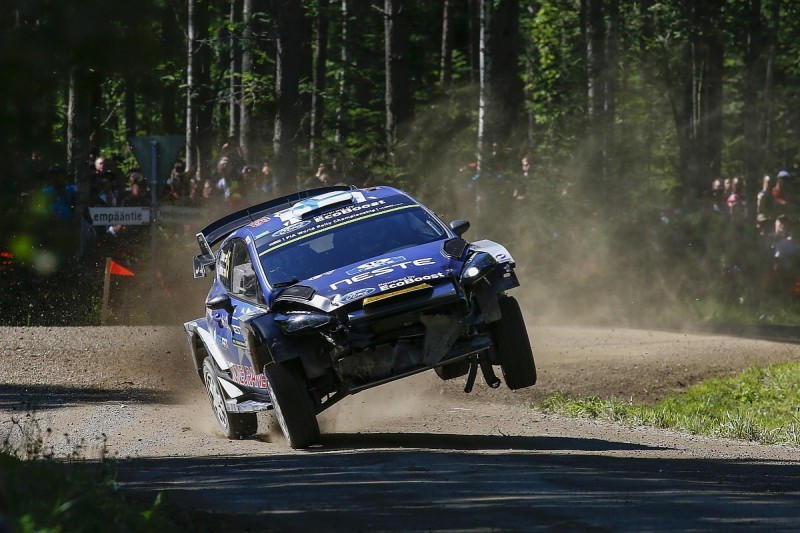 Teemu Suninen was the highest profile victim of the Finland chicanes.

M-Sport's rookie driver missed the second chicane on Ouninpohja while in the podium fight on Saturday and dropped 20s turning the car around to come back past the barrier.

Suninen, like the rest of the drivers, admitted he was baffled by the chicanes' purpose.

"I don't feel they make our lives more safe," he told Autosport.

"Sometimes it's hard to see where you go in the chicane and there's no room to escape if you miss it.

"When the stages are flowing nicely, I think it is more dangerous to stop the flow like this."

Even with the chicanes in place, the event became the fastest in WRC history, with Esapekka Lappi's winning average of 78.73mph edging him fractionally ahead of Kris Meeke's 78.66mph from last year.

Teams estimate without the chicanes the average speed would have been close to 85mph.

How bonkers Group B replacements eluded the WRC