The Polish ex-Formula 1 star has been courted by numerous race teams this season and a move back to circuits was thought almost inevitable following news of some lucrative DTM offers.

But an encouraging Rally GB - where he was running strongly among the experienced WRC drivers in eighth before a puncture and was third quickest on the powerstage - appears to have reignited his desire to stick to the stages and give rallying one more go.

"Wales, in some ways, was a quite good surprise for me: how I improved my driving in these conditions," he said.

"In the end, you only get those kind of conditions in Wales every 12 months and it's a year since I drove on roads like that."

Having invested three years of his career in rallying, Kubica admitted it would be a waste to go back to racing now.

"This would be the worst time to stop," he told Autosport.

"The last five or six events I feel more like a rally driver, more mature.

"Many of the things which were scaring me in the past are feeling more normal now because I went through them more than once, so you are more comfortable and able to drive better and quicker.

"I feel more like a rally driver than ever. Last year's experience paid a lot in Wales [this time around].

"But doing one more season or even a few events in the way I'm doing it now, doesn't make sense."

Despite the December 18 deadline for Monte Carlo Rally entries closing fast, Kubica insists he will not be rushed.

"I'm not in a hurry," he said. "I've been in a hurry before - running to get the season ready.

"But when you are running and you are behind then you are always running behind.

Kubica has always stated his desire to return to a factory WRC team - he contested Rally GB with Citroen Racing in 2013 - but now admits continuing with his private RK World Rally Team operation is not out of the question. 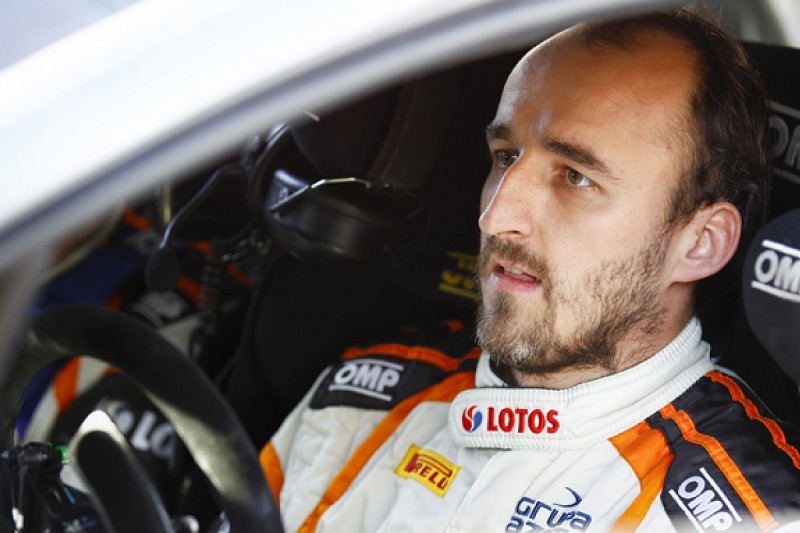