Toyota’s Elfyn Evans says it’s “not always easy" to translate some of the techniques that have helped Kalle Rovanpera excel in the World Rally Championship this season.

Evans started the season among the favourites to challenge for the WRC title after finishing runner-up to Sebastien Ogier for the previous two campaigns, but this year the Welshman has been unable to defeat Toyota team-mate Rovanpera in the Rally1 hybrid cars.

Rovanpera has won five of seven events this year to move into a commanding 83-point lead in the championship.

Evans pushed Rovanpera close in Sweden prior to crashing out on the final day, and led the Finn in the Portugal, Kenya and Estonia rounds before going on to finish second behind his stablemate.

In those events, Rovanpera has shown superior confidence and speed in tricky wet conditions which has helped the 21-year-old find an edge over Evans.

Evans has studied Rovanpera’s style and is aware of the areas where his team-mate is succeeding.

“I think he finds a lot of confidence in the rain and especially when the grip is a bit more mixed, maybe there is something in his style that is suiting him a bit more,” Evans told Autosport.

“It is definitely not an area I have excelled in this year at least.

“I’m pretty aware of some of the stuff that is going on but it is not always easy to just translate that.” 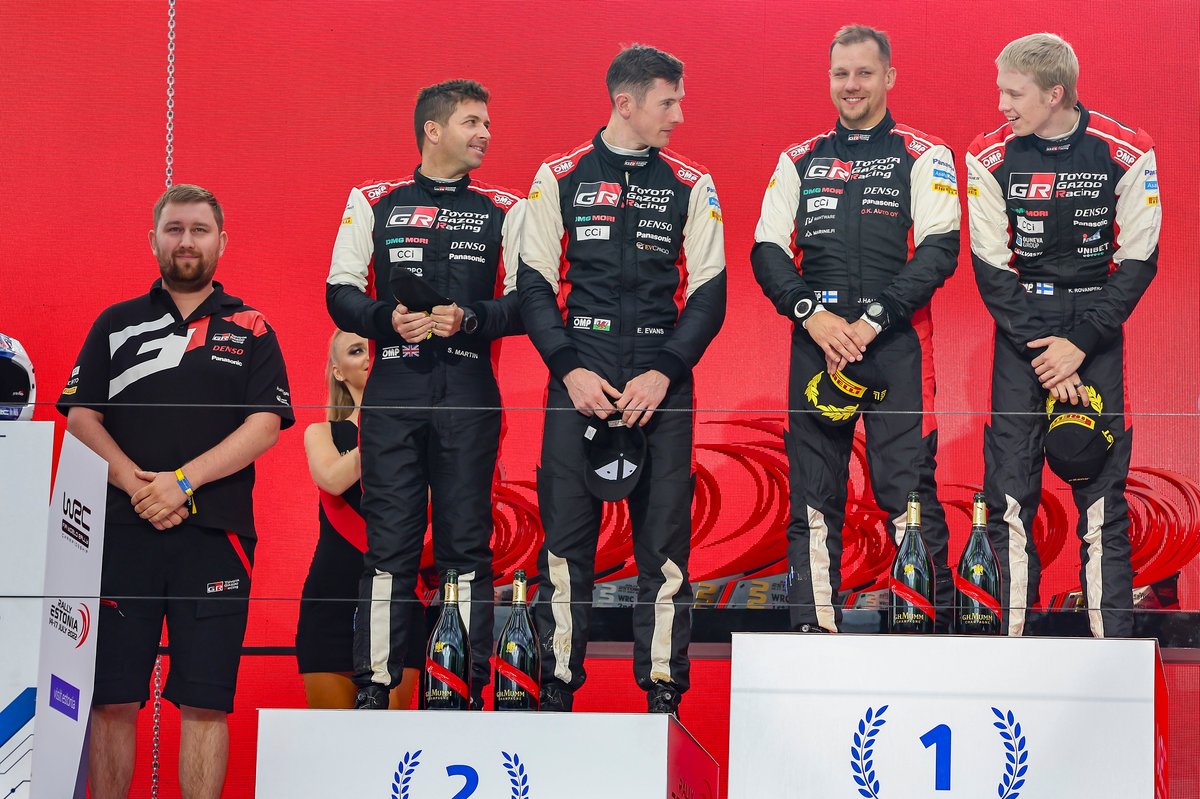 After scoring three second place finishes in the last four events Evans says his confidence is building after a difficult start to the year, but is fully expecting a tough task to pull off a second consecutive Rally Finland win, in order to open his account for the year.

“Of course I have mixed feelings as we wanted more from the recent rallies, but I’m happy to be at least more regularly on the podium compared to the start of the year, as it really wasn’t such a good start,” he said.

“I’m just feeling we need a few wins really to gain that last bit of momentum. It has been a tricky year so far.

Asked if returning to Finland would be a good rally to secure the yet elusive win this year, he said: “If you go by normal form probably not as there are so many fast Scandinavians this year.

“Let’s see. We come to each rally trying to give our best shot and this is no exception.”

Rally Finland begins on Thursday night with the first of 22 competitive stages.