Elfyn Evans's hopes of a full-time return to the World Rally Championship in 2017 appear to be fading, and he is set to miss Rally GB too

Formal confirmation that Evans will not take up the GB entry he earned for winning the British Rally Championship is yet to be received, but sources close to M-Sport have told Autosport he will not compete in Wales.

Evans had pushed to enter the event in a Ford Fiesta RS WRC, but the lack of car availability has made that impossible.

He admitted earlier this month that he would only compete if there was a realistic chance of it leading to a WRC deal next season.

"It's looking more unlikely," said Evans, who also leads WRC2 but has completed all his scoring rounds while rivals have events remaining, of his GB entry.

"It would be a shame to miss it, but doing it meant doing it under the right circumstances.

"I think I've shown what I'm capable of and what the [R5] car's capable of.

"But now the time has come for me to step back up to a World Rally Car. That's the only option.

"I don't really think that you can say this season has done me any favours.

"I know I'm a lot faster than some of the drivers who already have seats in the WRC.

"But, right now, there's nothing confirmed."

With Citroen and Hyundai now full, the only remaining 2017 WRC possibilities are M-Sport and Toyota.

M-Sport would be the obvious choice for Evans but team principal Malcolm Wilson would not be drawn on who might join Eric Camilli next year and Ott Tanak is highly likely to return to the main team from the satellite DMACK operation. 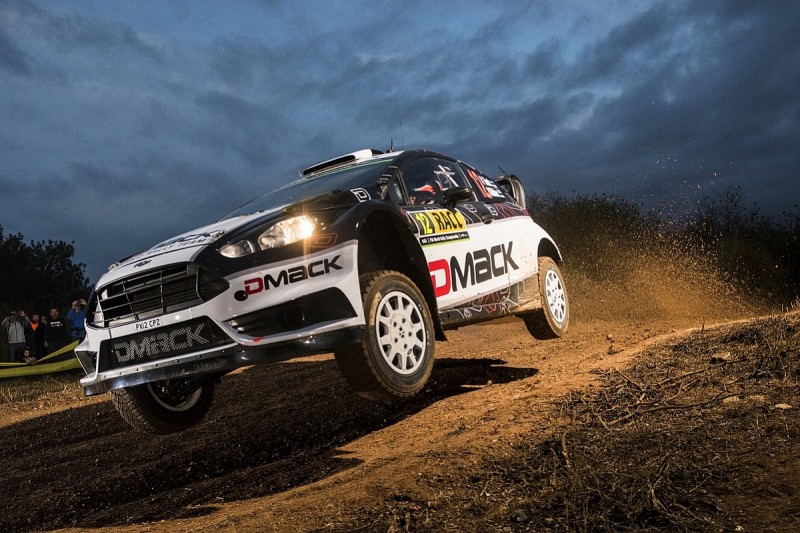 A source close to M-Sport said: "Of course Ott's back in the team next season.

"There's been a lot of nonsense about Ott going to Toyota or another place, but that's not going to happen.

"Have you seen how much testing Ott is doing with the new car? Malcolm wouldn't have him in that car for so long if he wasn't going to be using him next season.

"Ott will be back and he'll be winning with us next season."

Current M-Sport driver Mads Ostberg is also optimistic of remaining in the WRC for most 2017 rounds.

His father Morten told Autosport: "We actually have three options, but we have discounted one of those already.

"I can't tell you details about the offers, but what I can tell you right now is that Mads will be back in the championship again next year."

One possibility for Ostberg would be a return to running as a private team under the Adapta name, most likely within the M-Sport umbrella.

WRC drivers and teams against Turkey's potential return to calendar