The last time a British driver won back-to-back WRC rounds was 15 years ago, when Colin McRae triumphed on the Acropolis and Safari rallies for Ford.

Asked to assess his chances of back-to-back wins, DMACK driver Evans replied: "It might make it easier if there was a monsoon in the area.

"As we saw in Wales, our tyre works so well in those wet or damp and slippery conditions."

DMACK tailored its tyres to the cool, damp conditions of Rally GB, and running them in the heat of an Australian summer this week will be a severe test of the durability of what is a softer compound than rival Michelin's equivalent.

"We had to make a choice for the last three rounds of the championship, and I don't think it was any secret that we targeted Rally GB with the soft tyre," said Evans.

"Rally Australia could be about gathering more data from the tyre, getting through it and doing the best job we can.

"I'd expect the performance level to be reasonably similar to Spain [where Evans finished a distant seventh], so in certain areas we won't be a million miles away." 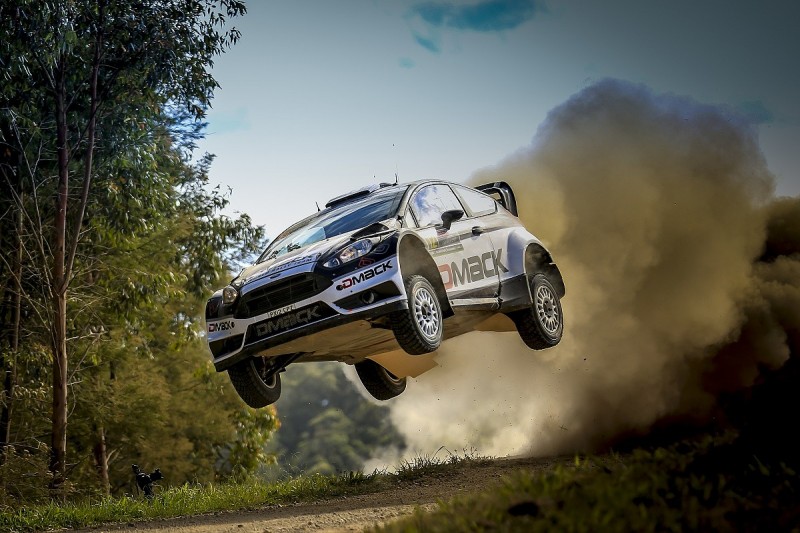 Rain is forecast in New South Wales this weekend, but with temperatures also expected to be in the high 20s it is unlikely the conditions will become favourable for DMACK.

He still has a slender chance of overturning the 18-point gap to take fourth from Toyota driver Jari-Matti Latvala, but is under no threat from behind as sixth-placed Dani Sordo - 23 points adrift - is not part of Hyundai's slimmed-down Australia line-up.