Breen finished second to Thierry Neuville in Sweden last weekend but will now be sidelined for two months as nine-time WRC champion Loeb is driving his C3 in Mexico and Corsica.

"This result is just awesome," Breen told Autosport. "The podium in Finland a couple of years ago was special, but here we were right up there fighting at the front.

"We were fighting consistently in that position and that's something new for me and it's something I'm desperate to build on.

"I wanted to kick on last year, but for whatever reason it didn't quite happen and we didn't get any more podiums - we had the consistency, but not always the outright speed.

"I'd love to be able to move forward from here and that has to be the aim, but we're out for a while now.

"There's no two ways about it, I've got to say I'm absolutely gutted not to be going to Mexico for the next round.

"I'd love to take the momentum we have built here. Obviously it's not my choice. I hope Seb has fun." 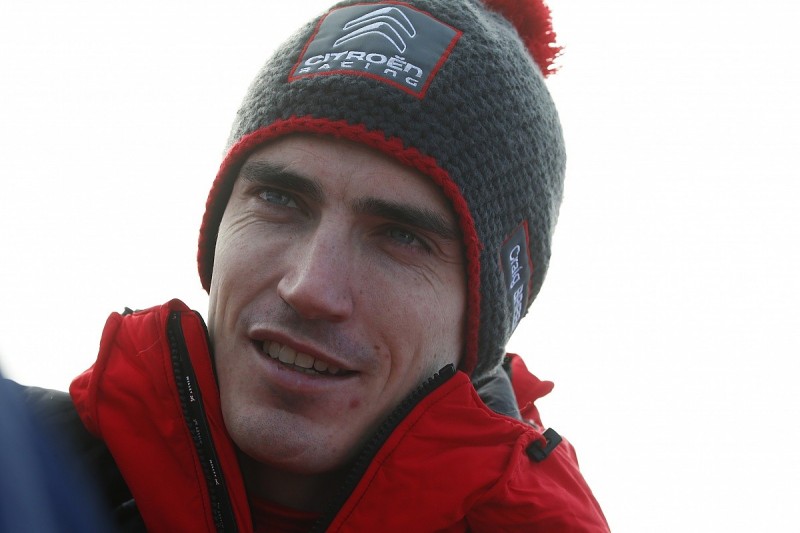 Opinion is divided within Citroen about Loeb's return in a deal Autosport understands was brokered by PSA CEO Carlos Tavares before being implemented by former team principal Yves Matton.

Asked if there was any chance of a rethink, Budar replied: "The plan will stay as it is, we will run with Loeb in Mexico.

"Of course, I will try to find some more testing to keep Craig in the car as much as we can.

"He has been brilliant here in Sweden and we, like him, want to build on what he has achieved."

Breen, who is now the top Citroen driver in the WRC standings by three points over Kris Meeke, completed the Mexico recce last year but will not do so this season.

"I've never competed in Mexico, it's the experience I need," he said.

"I appreciate Pierre doing what he can and I'll do anything I can - I'm ready to fight for whatever I can get."

Sources close to Citroen are hoping there could be the chance to add a third car for Breen in Corsica.

The chances of Ostberg appearing for Citroen again this season are high, but the Norwegian will have to bring budget.