A year in the making, the C3 WRC had been expected to return Citroen to the form that carried it to 17 WRC titles in a decade of dominance.

Instead, Citroen sits at the bottom of the manufacturers' table, 142 points behind leader M-Sport.

Citroen team principal Yves Matton said: "The idea now is to work toward a middle and long-term view.

"We are working towards 2018 when we want to find back the pace.

"We are working to have the right pace from a car in every condition.

"When we are testing now we are working more in development than in testing for the set-up for a specific rally.

Citroen homologated changes to its car after Rally Italy in June, though Matton underlined that this was "an old story" and that the new torque split introduced was something Kris Meeke had long called for "for a long time".

The other issue for the C3 WRC is the suspension, which Matton labelled a work in progress.

"The work with the suspension is not so straightforward," he said.

"With the torque split you change the part and it's working or it's not working. 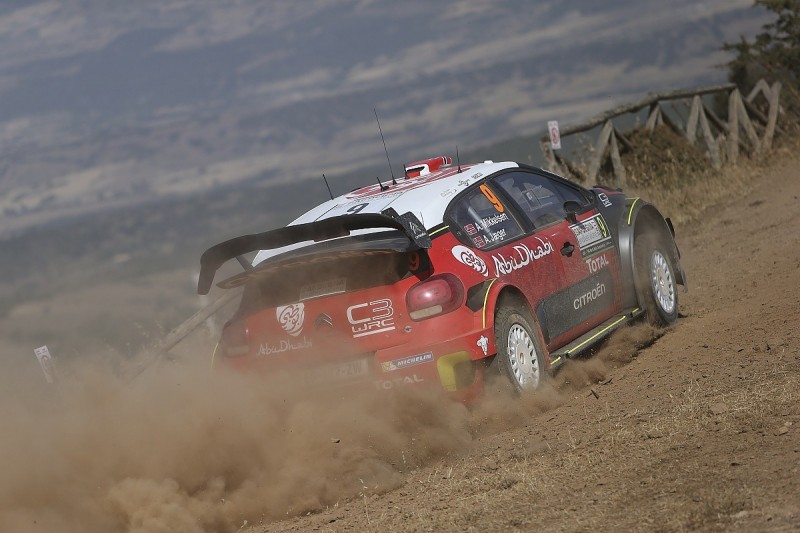 "With the suspension, you cannot take the shock absorber from the shelf and expect it to be perfect.

"We took some decisions after Sweden and started to make changes after that, but we knew back then that these changes would be for 2018.

"We already made three changes to the suspension; the big one comes for 2018, but we are working on it already now.

"It's a very long process, it's one year for the suspension."

Mikkelsen is confident the changes so far have improved the Citroen.

"We worked on the differential to try to stop the rear sliding so much and this is good," he said.

"We did a lot in those two days [testing], but it takes time - you don't build a new damper in a day. There is more to come, especially in the suspension."

Mikkelsen is confident the impact-related problems Meeke and Craig Breen suffered in Argentina have been cured.

"There's more protection now, more now than we had on the [Volkswagen] Polo," he said.

"OK, this impacts a little bit on the grip and reaction, but it's all a balance. The hard hits in Argentina, I think we're through that.

"I'm starting to be very happy with the car now."

After missing Finland, Mikkelsen will return to the car for Rally Germany - where he drives alongside Meeke and Breen.