Citroen insists it won't quit the World Rally Championship in 2019

Meeke lost his Citroen seat after he crashed heavily on last month's Rally of Portugal.

Prior to the Meeke decision, there had already been a question mark over Citroen's continued WRC participation following speculation about potential budget cuts at the firm.

Citroen has not won a WRC title since the end of Sebastien Loeb's run of nine straight championships in 2012.

But team principal Pierre Budar insisted Citroen was committed to the WRC into 2019 despite the rumours, lack of recent success and sacking of its number one driver.

"This [Meeke] decision is not linked to any new decision for next year," Budar told Autosport.

"What I can tell you about next year is that Citroen will be involved in WRC. 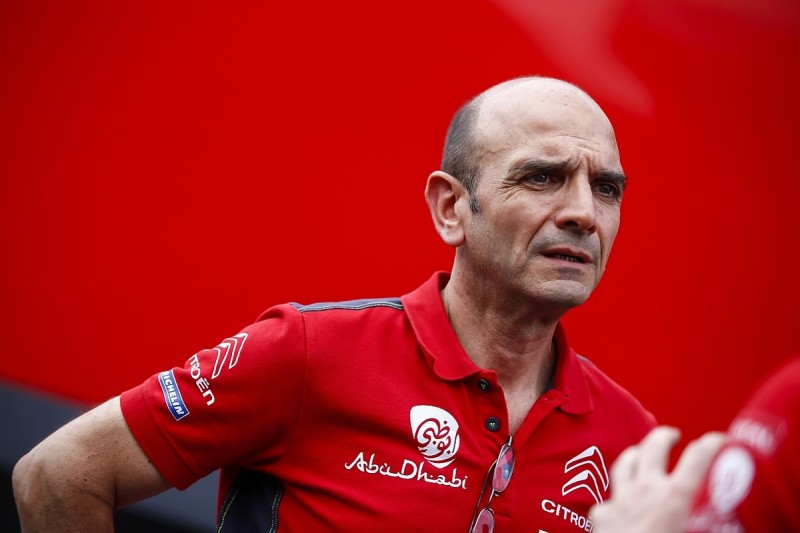 The question of who will drive the factory C3 WRCs for the remainder of the season is a more complicated one.

Budar (pictured above) confirmed Craig Breen will remain in the car for all remaining 2018 events, having previously been scheduled to step aside for Loeb's final outing in Spain.

Mads Ostberg is contesting a part-season for Citroen but this weekend's Rally Italy is his last confirmed appearance.

Though the team still has 2017 WRC driver Stephane Lefebvre in the fold, the new Citroen R5 car is his priority.

"We have a few scenarios for this year and we will consider them all," said Budar.

"Stephane could be one, he has driven the C3 WRC already, but we should also consider what he has to do on the R5 car. This is not our first scenario.

"We have to make do with what is available in the market for this year and next year will be a different story, for sure."