The World Rally Championship released a list of what it described as nine 'initial' rallies for the 2016 calendar on Wednesday, with Rally GB just one glaring omission

A full calendar is due by September and there are still plenty of questions to be answered, as DAVID EVANS explains, looking beyond the 275-word statement...

It didn't take long for some to fall foul of a press release announcing, at first glance, a nine-round 2016 World Rally Championship lacking the UK, Germany and France.

In some quarters it was compared to Formula 1's loss of the German Grand Prix and the uncertainty surrounding Monza, leading to questions about the worthiness of the release in the first place.

And, before you get the wrong idea, this isn't some sort of jingoistic rant based on the absence of Rally GB from the fine nine.

The reason, we're told, for outlining nine initial 2016 rallies is to assist with the early planning and preparation for visits to Monte Carlo, Sweden, Mexico, Argentina, Italy, Poland, Finland, Australia and Spain.

All plausible and in many ways laudable - apart from the fact only two of those rallies have been given dates for next year, Monte in January and Sweden a month later.

So, organise away for the other seven rallies, providing you're not hoping to include any hotel bookings, flights or car hire in that planning.

It's also intriguing to read the line stating that all events are subject to a satisfactory running in 2015.

Argentina's presence on this list sends a fascinating message to other events on the subject of spectator control.

Six fans were hospitalised and more could so easily have followed when two cars left the road in the same place on the El Condor powerstage, which would have been seen in glorious technicolour, live on television.

Undoubtedly, promoter folk will reach for the argument that the announcement is based on the FIA's official report into the goings-on in South America.

So, again, I ask: what's the point of the communication?

And Italy's there, despite protracted pontification on the future of a Sardinian-based event which has regularly and often brought conflict with both the governing body and the promoter, who want a prompt return to the mainland.

Was yesterday about bringing the absent four events - Portugal, Germany, France and GB - to the table?

Maybe. But surely there are more productive ways to negotiate without alienating what are key markets for the world championship.

The nine included rallies are events with multi-year agreements, yet nothing is said about those not listed.

Fact is, Portugal and France are essentially running new events this year and Germany and GB are mid-negotiation with government-linked investors.

Instead of that explanation, WRC Promoter managing director Oliver Ciesla talks about the potential for one or two new events next year.

Again, is there more to be read between the lines than on the lines?

But the real beauty of the words is that they genuinely mean nothing. They hold zero regulatory value.

It is, as far as I recall, the FIA's World Motor Sport Council which rubberstamps calendars. The news from yesterday is that the calendar can be expected from September's WMSC.

Let's wait for that one then, shall we, and ignore yesterday's half-baked attempt to extoll the virtues of a list with little or no planning value, which simultaneously sent a confusing and potentially damaging message to the wider world.

Oh, and by the way, we will be in Trier next year. 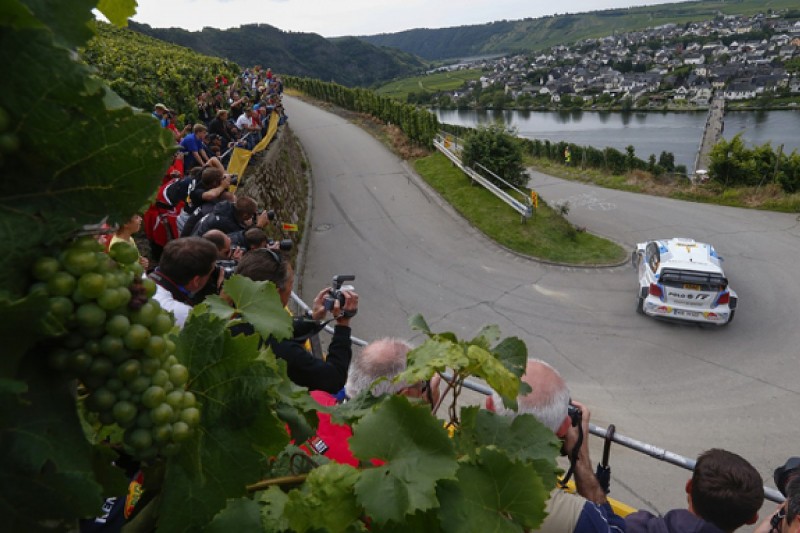