Craig Breen says he is "confident" of getting another shot with Hyundai for the Ypres Rally, having impressed with second place on the World Rally Championship's return in Estonia.

The Irishman, who is without a full-time seat in the sport's top flight for 2020, impressed on the Estonian gravel by finishing just 22.2s behind team-mate and winner Ott Tanak on only his second outing of the season in the third i20 Coupe WRC.

The result equalled his best-ever WRC finish from the 2018 Rally Sweden.

Last month the Ypres Rally was added to the WRC calendar following the loss of several events due to COVID-19, and it will serve as the closing round on 19-22 November.

Breen has started the Belgian event on four previous occasions and took a breakthrough win there last year, alongside current navigator Paul Nagle, in a Volkswagen Polo R5.

Nine-time WRC champion Sebastien Loeb will drive the third Hyundai this weekend in Turkey, while it was announced earlier this week that last year's Rally Italia winner Dani Sordo will take his turn on the event next month.

That leaves Ypres as Breen's only chance to get another factory WRC drive this year, but the 30-year-old told Autosport he felt he was in a good position to earn the call-up alongside full-season drivers Tanak and Thierry Neuville.

"For Ypres, I would be feeling more confident [about my chances of a drive] having won it last year and started it quite a number of times before that," Breen said.

"Neither Dani nor Sebastien have done the rally before, so I would like to think we are in a good position [to get the third seat] for that.

"It is completely out of my control; I just have to try and do the best that I can on the events that I get and see what happens in the future." 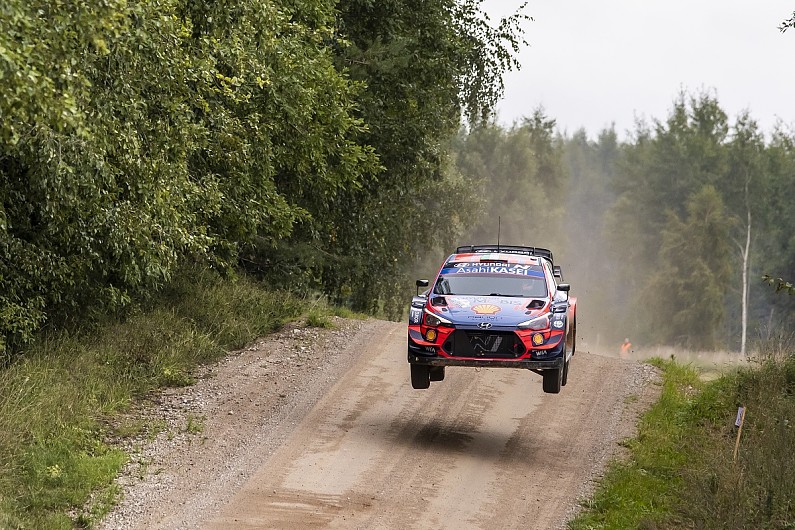 Prior to Estonia, team boss Andrea Adamo had turned to Breen for February's Rally Sweden, where he finished seventh.

It was his third outing with the team after splitting with Citroen following the 2018, after placing in the points on last year's Rally Finland and Rally GB.

"We are only getting these opportunities every so often, so we have to try and make the most of each one when we get it," added Breen.

"I knew that Estonia was an opportunity in so far as everybody was out of the car for a long time before it - it made for a level playing field compared to other times when I was getting into the car.

"It's great to look back knowing we achieved everything that was asked of us.

"It was an important moment for us, that we try and get that result.

"Everyone's familiar with mine and Paul's position; we haven't had a long-term programme so I think it was important, not just for trying to get a contract in the future, but to give the two of us confidence going forward.

"We showed that, if given the right tools, we can do everything that is asked of us. I'm very happy with how it worked out."