Thierry Neuville has taken the lead of the Monte Carlo Rally after the Hyundai World Rally Championship driver won both of Sunday morning's stages to move ahead of Elfyn Evans. 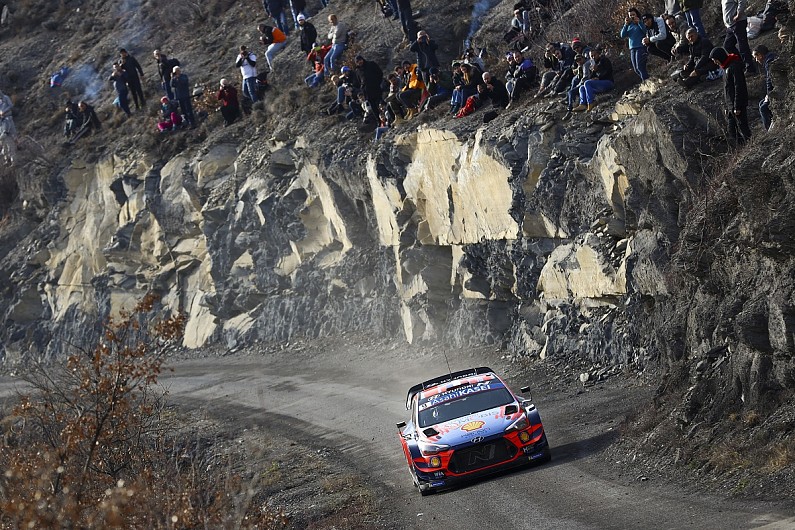