Hyundai will enter the World Rally Championship's WRC 2 R5 category for manufacturers for the first time in 2020 with an upgraded i20.

It has signed European Rally Championship regular Nikolay Gryazin and WRC 2 regular Ole Christian Veiby as its drivers for 2020.

The squad will be formally entered as Hyundai Motorsport N in WRC 2 (previously WRC 2 Pro) with the marque's i20, run by the Estonian outfit RedGrey.

Hyundai previously revealed it would overhaul its R5 programme in order to boost its competitiveness and compete with new cars from M-Sport and Volkswagen, and upgraded cars from Skoda and Citroen.

"Entering WRC 2 is an important decision for Hyundai Motorsport for a number of reasons," said team principal Andrea Adamo.

"Firstly, it reaffirms and strengthens our commitment to the WRC as a whole.

"On the technical side, it will also allow us to prove the competitiveness and performance of our recently upgraded i20 R5 '20 - the product of tremendous hard work by our Customer Racing department.

"Having the opportunity to put the car through its paces on the various terrains of the championship in front of rally fans around the world will be very rewarding.

"We look forward to working with RedGrey Team and our two young and ambitious drivers." 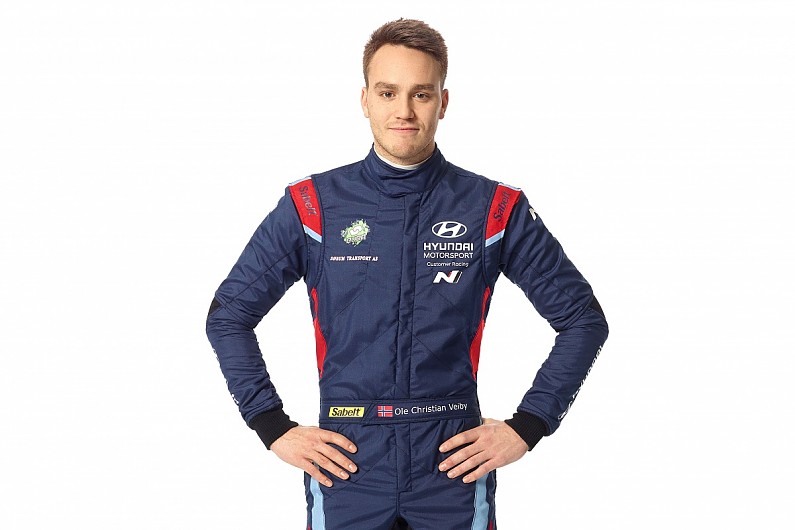 Veiby is the more experienced of the team's two drivers in the category, a multiple winner in WRC 2 across three full years in the class including in Poland and in Sweden.

The Norwegian, who has competed as a privateer in an i20 three times previously in competition, said: "I think we are going to be a very competitive team.

"I can't wait to get started.

"It's no secret that the goal is always to be on the top step; I think we have the potential to be that strong, and to do really well together as a team.

"I also hope the experience I have picked up from a lot of different R5 cars will be valuable for the development of the i20 R5."

Russian driver Gryazin is a multiple ERC rally winner and the series' Under 28 champion in 2018.

He also won the WRC 2 section in Finland in 2019 in a Skoda Fabia R5. The highly-rated Russian added: "Joining a manufacturer is another step in my career and I am convinced I will be able to move onto other levels with Hyundai Motorsport in the future."

Drivers have to undertake eight rounds, and contesting one of the fly-away events in Mexico or Japan is mandatory.

The category was won by Kalle Rovanpera and Skoda last year, but Rovanpera has stepped up to the WRC's top level with Toyota for 2020 and Skoda has confirmed it will not enter a factory WRC 2 team.