World Rally Championship leader Thierry Neuville has explained the accident that wrecked his Hyundai i20 Coupe WRC and ruled him out of Rally Chile.

Neuville injured his left leg in the Saturday morning crash and arrived back in the service park on crutches, having been told to keep pressure off his left foot.

Despite the accident, he will be back in the i20 Coupe WRC testing for the next event in Portugal next week. 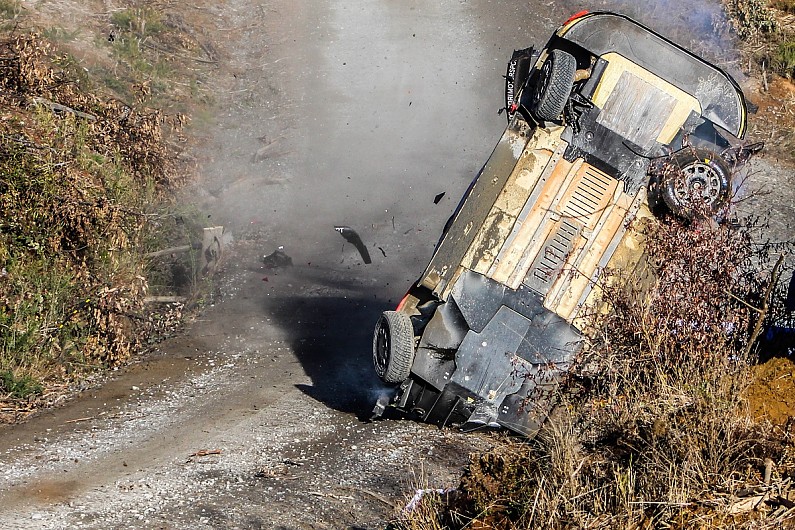 "It was nearly the fastest note I have," Neuville told Autosport.

"I don't know exactly what happened, but it turned maybe a little bit more than expected.

"I have had other crashes which felt strong as well, maybe [this was the biggest]. It was a big one.

"In the recce, I was a little bit optimistic with my notes. We went through a slight right [and] flat over [the] crest.

"I went a little bit wide, hit the edge and immediately we rolled the car.

"I felt immediately we are going to hit the rear in the wall, but it was quite a deep ditch - you only have a few chances to get away with this." 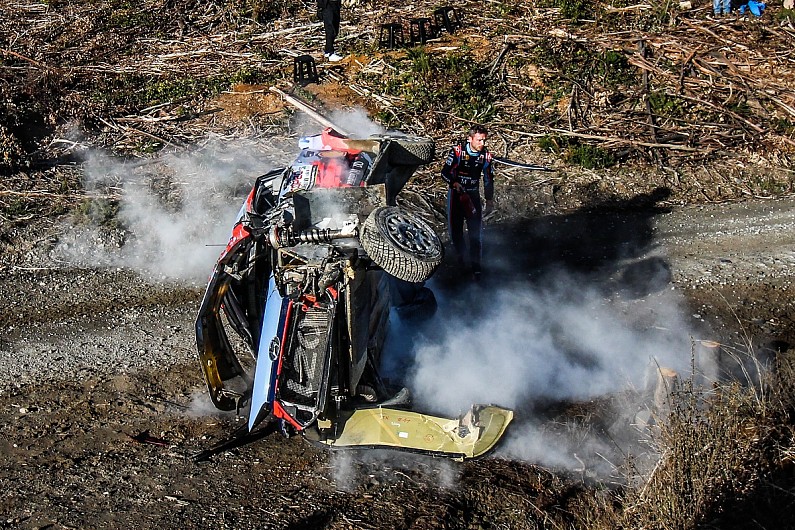 Asked about his injury, he replied: "Immediately I felt some pain in my left leg and saw some blood.

"I asked straight away [to the team] for an ambulance to check. The hospital did a good job and it's just a few stitches.

"I'll be back for Portugal. I'm already testing already next week."

Ahead of the Concepcion-based event, Neuville held a 10-point lead over Sebastien Ogier and was 28 ahead of current rally leader Ott Tanak.

Despite the crash, Neuville remained upbeat about his title hopes.

"The situation is definitely not the one we wanted," he said. "But we can look forward to the upcoming events.

"If we won't be first in the championship, it gives us a better road position and more chances on a good result and the chance to fight back.

"The gap won't be that big between me, Ogier and Tanak [after Chile]." 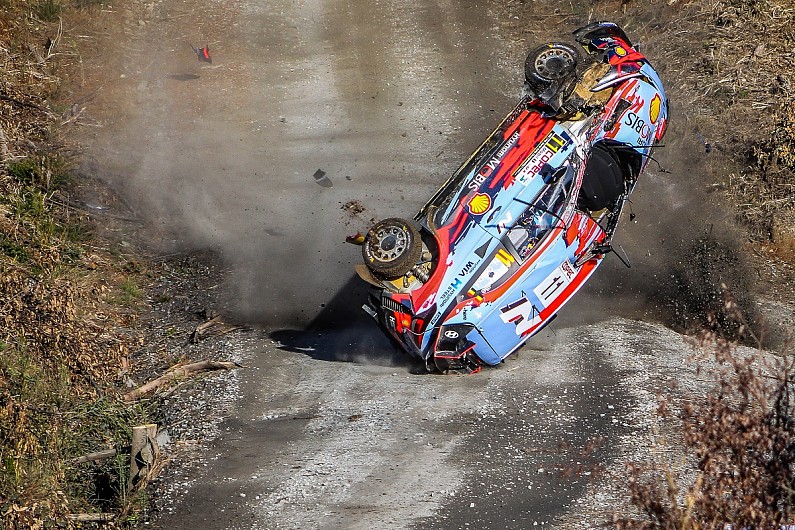