The Norwegian was a second per mile faster than anybody through the four-mile stage south of the new rally's host city of Concepcion.

Benched for the Tour of Corsica at the end of March, Mikkelsen returned to finish second in Argentina. He's now looking to continue that speed into part two of the WRC's South American double-header.

"Argentina was a fantastic result for me, it was almost the same feeling as taking the win," said Mikkelsen.

"Definitely I want more of the same in Chile. The roads are really nice, really interesting.

"This morning the shakedown was quite slippery, but I'm happy with the result. Now it's going to be interesting to discover this new rally."

Asked what he expected from conditions at the front of the field, the Belgian told Autosport: "Friday's the day when it's least likely to clean.

"I don't know if any more rain would really help, we already had quite a lot - maybe some rain a couple of minutes before the start of the first stage; that could be nice..." 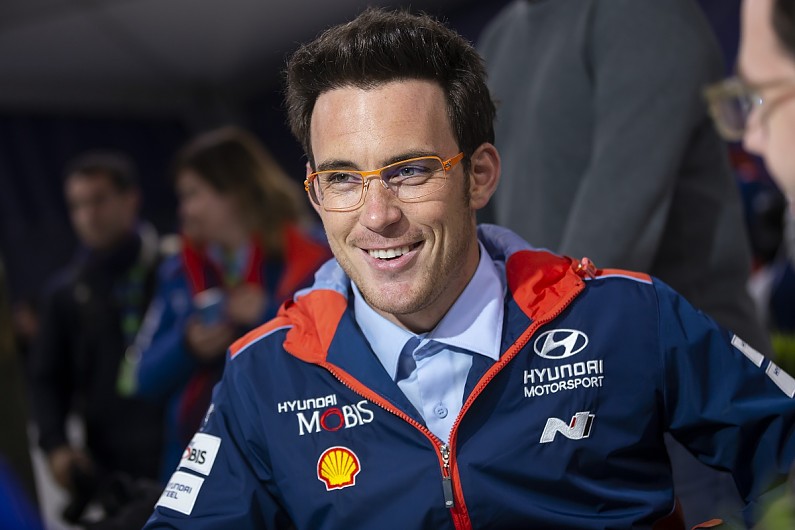 Neuville starts Rally Chile chasing a hat-trick, having won in Corsica and Argentina.

Twice before he has chased three WRC wins in a row, but has never managed to complete the feat.

"I need a good Friday. If we can do that, then anything is possible," he said when asked about his Chile victory chances.

"But nobody really knows too much about what to expect from this rally.

"The roads are nice, but always changing. It's going to be interesting."

Following crashes last time out in Argentina, Elfyn Evans's Ford Fiesta WRC and Esapekka Lappi's Citroen were both re-prepared without any problems.

The work on Evans's car was completed in Villa Carlos Paz before it was transported into Chile at the end of last week.

Citroen flew a replacement chassis direct to Santiago last weekend. The new C3 WRC was complete and takes none of the parts from the car Lappi crashed out of round five.

Because both cars were retired from the official classification in Argentina, neither car starts with a penalty this week.

But M-Sport and Citroen are now required to link the Chile entry cars with another rally later in the year because of new parts being fitted.

Shakedown was extended by 45 minutes after it was delayed by rescue crews deployed to recover local hero Pedro Heller, who rolled his Ford Fiesta R5 on the stage.