New Zealand has been tipped for a one-off return to the World Rally Championship next season, taking Australia's slot on the 2020 calendar.

Rally Australia's current agreement with host town Coffs Harbour is up at the end of this season and there is no real desire from WRC stakeholders to return to the New South Wales venue beyond 2019.

One source said: "Australia needs to find a new home for its WRC round, we know that. New Zealand is looking like a sensible option for next year.

"The thinking is there's the necessary investment in place to go back there [New Zealand] and that would give Australia the chance to find somewhere new and, most likely, outside of New South Wales."

The WRC was last in New Zealand in 2012, when the event was based in Auckland's Viaduct Basin.

There was potential for the rally to return to the 2018 calendar with a Tauranga-based event, but a 2020 rally would most likely be staged in Auckland with potential funding coming from the city itself.

Rally Australia has been the concluding round of the WRC since 2016, and last year hosted a three-way title decider between Ott Tanak, Thierry Neuville and Sebastien Ogier.

When it comes to the World Rally Championship, there's little love lost on either side of The Ditch - local speak for the Tasman Sea.

New Zealand used to hold the upper hand, having joined the WRC calendar 12 years ahead of Australia.

But through the '90s, the popularity, ability and pioneering spirit of the Perth-based Rally Australia was lauded around the world.

When the Western Australian cash dried up in 2006, the Australians struggled and only ran two rallies in seven years. 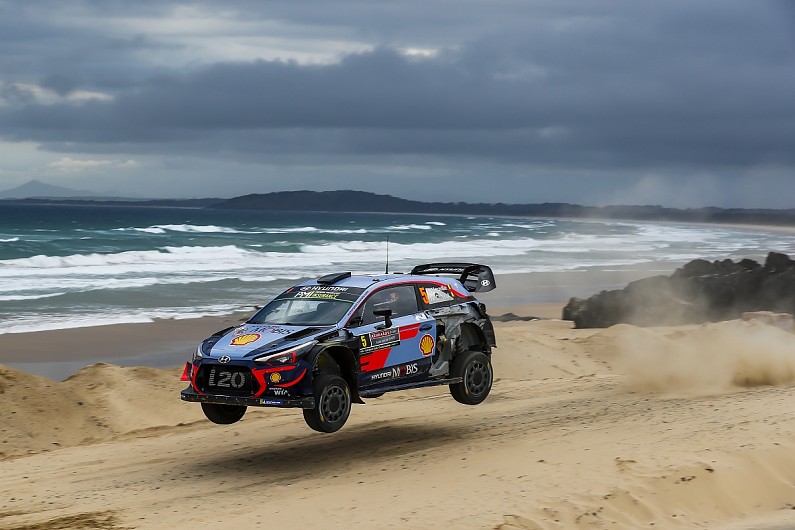 Coffs is a quaint fishing town, an hour's flying time north of Sydney. It's hosted the WRC for the last six years in succession (seven in total).

Throughout that time, Rally Australia organisers have battled criticism about the lack of local population and the cost of containering the world championship to the middle of nowhere. For nobody to watch.

You can pitch precisely the same population-based argument against New Zealand. And, given it's next door, the same line of logistical questioning holds as well.

But what New Zealand has over Australia is the best roads in the world.

New Zealand and Australia tried sharing a WRC calendar place, rotating from 2008-12, even sharing a common sponsor in Repco for a couple of years. But it didn't work. It couldn't work. Organisers from both countries always - naturally - put their events first.

While Australia was based thousands of miles away on the west coast, rotation wasn't an option. Just because the geography is more comfortable this time, don't expect the result to be any different. WRC rotation is a square peg and a round hole. Always has been.

Australia's homeless for next season; New Zealand's doing its place up. The solution's simple, as far as I can see.