M-Sport driver Teemu Suninen has been told to finish this week's Tour of Corsica after three crashes in the first three rounds of the 2019 World Rally Championship.

Suninen went off the road on the first stage of the season in Monte Carlo, the first stage proper last time out in Mexico and spent time in two snowbanks in Sweden - where he had fought for the lead.

This week's event is the first time he will tackle Corsica in a World Rally Car, and team principal Rich Millener said Suninen had been ordered to make sure he reaches the finish.

"We have to regroup for Corsica, we can't afford this much damage again," Millener told Autosport.

"We had Sweden where his speed was really good, but effectively he had two accidents [in Sweden] and then we had damage in Mexico as well.

"Definitely he needs to finish in Corsica." 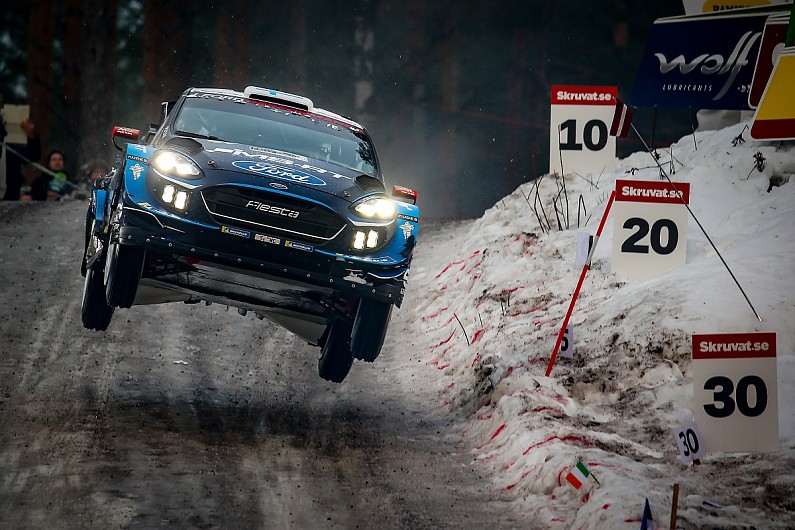 Though Suninen has not yet contested Corsica in a top class car, he has a good grasp of competing on asphalt having karted at world level before switching to rallying.

"I did start in karting, but that's quite different to mastering a World Rally Car!" Suninen said.

"For us, the most important thing is to finish the rally with no problems.

"If we can do that it will make the next part of the season mentally so much easier."

Suninen's team-mate Elfyn Evans has a strong record in Corsica, leading a WRC round for the first time there in 2015 before finishing second.

He arrives in Bastia fresh from third place on the last rally in Mexico.

"I want to keep that momentum," said Evans. "And this is an event I've always enjoyed and it's suited us in the past."