Ken Block has tipped Oliver Solberg as "one of the next big names in rallying" after the 17-year-old took second on his maiden appearance for Subaru Motorsports USA.

The son of 2003 World Rally champion Petter contested his first gravel event in a four-wheel-drive car when he tackled the 100 Acre Wood Rally in a WRX STI earlier this month.

Solberg scored six fastest times from 16 stages, but lost out to winner Barry McKenna in part due to a puncture and his bonnet flying loose and smashing his windscreen.

In addition to that programme, he is also contesting the Latvian and Estonian Rally Championships in a Volkswagen Polo GTI R5 and won the first two rounds last month.

"I've known him since he was five or six. His dad has obviously helped him right from being on the farm and driving the quad bikes and cross karts - he's gone the right way.

"He's a smart kid with a great personality and he's coming to the level where we're about to see him on the world stage and I really think he could be one of the next big names in rallying.

"I've tried to help him, having him in Gymkhana 10, and I genuinely believe he's one of the next big talents in our sport.

"Petter, Pernilla and Oliver are a unique family - they live and breathe this sport and his mom and dad have really set Oliver up for success, they've given him the right tools."

Block retired from the event with engine trouble, having won the Missouri event seven times in his last eight visits before that.

The American has launched a 'Cossie World Tour' for 2019, in which he will undertake a number of national rallies around the world in a modern take on a Ford Escort RS Cosworth from the 1990s. 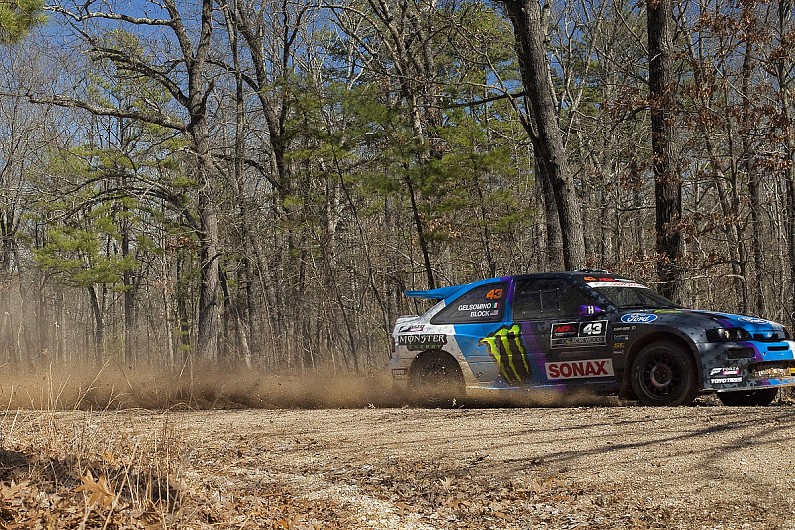 He will contest the Whangarei Rally on New Zealand gravel in May, Ireland's biggest asphalt event in June's Donegal International and the Goodwood Festival of Speed in July.

"I've always been fascinated by rallying in Ireland," Block said.

"I went to Ireland to drive my first Group B car, when I got the chance to drive Enda Garvey's RS200.

"The culture around rallying in Ireland is so interesting - and even being a big Colin [McRae] fan, it was where he wanted he took his Escort to drive it which made it even more interesting.

"But I've always paid attention to Donegal, that's the one I wanted to do."