WRC crews' tyre selections were the biggest differentiator on the loop, with Hyundai drivers Neuville, Sebastien Loeb and Andreas Mikkelsen benefiting from bolder choices when the morning's opening stage was cancelled due to spectator safety concerns.

SS3 was expected to contain the morning's iciest conditions, so the Hyundai crews - who had each selected at least three dry tyres - were well placed to steal a march on the 14.94-mile fourth stage that opened proceedings, securing three of the top four positions.

Neuville was beaten to the fastest time on the Roussieux-Laborel test by Loeb, who scored his first stage win for Hyundai at just his third attempt, but immediately moved into the lead by 4.9 seconds ahead of overnight leader Ott Tanak.

Belgian driver Neuville was not fastest on SS5 either, beaten that time by Sebastien Ogier, but his two-second time loss allowed him to retain his overall lead.

Neuville is now 3.4s clear of six-time champion Ogier, whose stage win allowed him to slot into second ahead of Tanak - the Toyota driver forfeiting 14s on the final stage of the loop as he struggled with tyres "destroyed" on SS4.

Loeb could not repeat his SS4 win on stage five, but his earlier heroics hoisted him into a clear fourth overall in his Hyundai i20 - more than half a minute behind Tanak but with a 12.8s advantage over Mikkelsen, who was fourth on both stages. 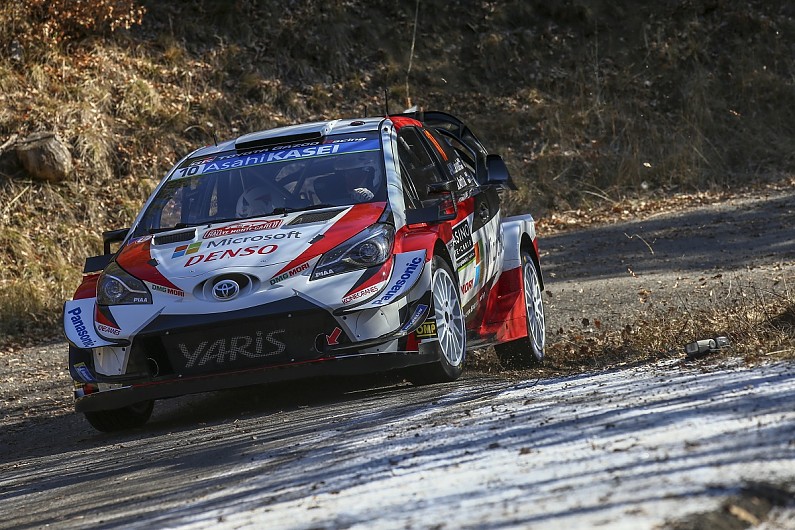 Jari-Matti Latvala had a torrid time on SS4 and was only ninth fastest, but said he "finally" felt comfortable in his Yaris WRC on SS5 and set the third-fastest time to move up to sixth overall.

Esapekka Lappi is more than a minute behind Citroen team-mate Ogier in seventh, in the middle of a gaggle of five cars - Mikkelsen and Latvala as well as M-Sport driver Elfyn Evans and the third Yaris of Kris Meeke - that are separated by 11s.

Meeke's progress stalled on Friday morning, in part as a result of an identical selection to Tanak of four studded and two supersoft tyres.

The Northern Irishman, who was second after Thursday evening's first stage but was then affected by a puncture, was only eighth on SS4. He set the fifth-fastest time on the final stage, but was slowed towards the end of the test when leaves got stuck in his Yaris's grill and affected his engine's boost.